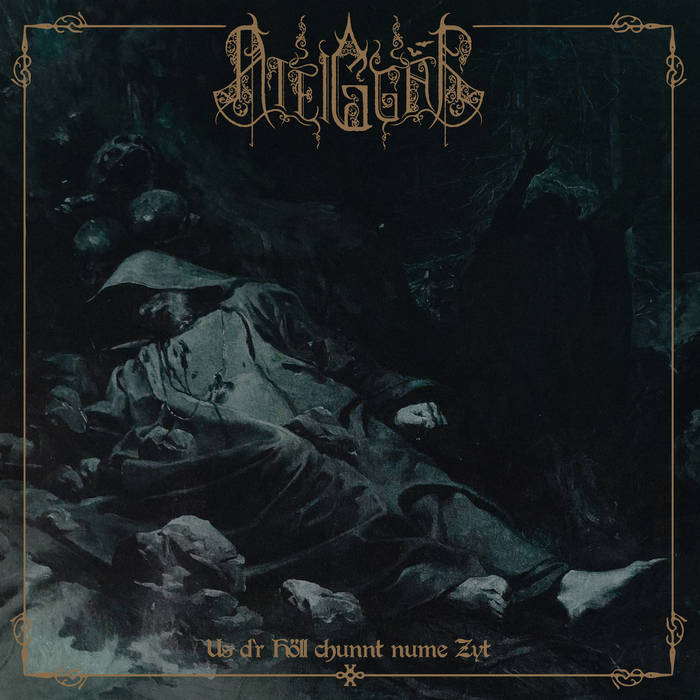 Another disciple of the Helvetic Underground Committee, a gathering or a circle if you will, of underground acts striving for advancement of dark music. Probably you already know Death. Void. Terror., Ungfell and Dakhma who are part of it as well. And its fair to say all acts share some members with each other, this time two blackened souls of Ungfell and Kvelgeyst joined together to form this new entity.

Ateiggär goes for the second wave Black Metal approach with variation in pace, combining straight forward riffs with astral melodies accompanied by sufficient use of keys and occasional chants. Just pick parts of Satyricon’s first three full-lengths, Obtained Enslavement and Kvist, enhance the quality of the sound and you will have an EP like this one. “Us d’r Höll Chunnt Nume Zyt” doesn’t behold the same quality as the albums of the acts in the 90’s, but that doesn’t mean it isn’t a good listen.