Sammath – Across the Rhine Is Only Death 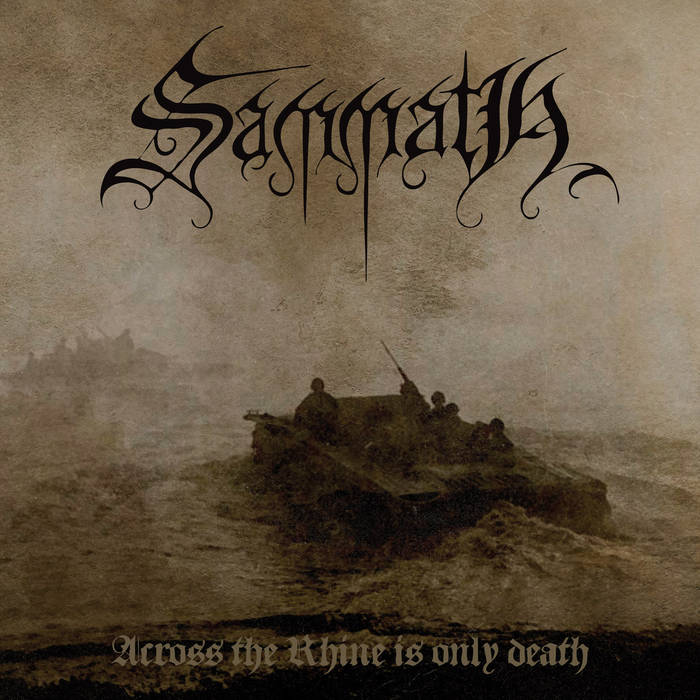 I was familiar with Sammath`s album “Triumph in Hatred“ which was a fast, sick slasher of a Black Metal record. 10 years later, the band released another album called “Godless Arrogance“ in 2014, I am listening to their newest release “Across The Rhine Is Only Death“.

And yes, only death seems to await…Fast grindy riffs and blasting rapid fire drum machines tearing everything apart, along with a fat bass that shakes the earth and vitriolic vocals of war. Musical wise there is a lot of Angelcorpse, Bestial Warlust, Infernal War and the likes in it, stuff I really like and want to hear from these guys. This is war, like the cover, title and lyrics suggest. Not for the faint hearted, not for pussies, not for posers.

Relentless Black Metal of death. Savagery all the way. The band also incorporates some mid tempo moments and let the listener breath just to attack from behind with fury. There is a lot going on here and you definitely will need a couple of listen to digest this punch into your guts, but you will need this anyway. Sick album, recommended for the savage ones! (DPF)