Oppressive Descent – Spite Is My Scepter, Blood Is My Crown 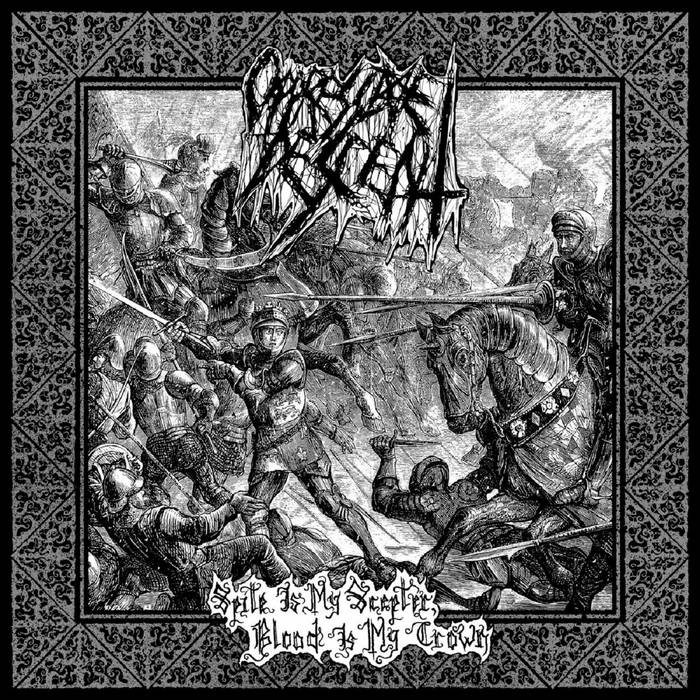 ‘Spite Is My Scepter, Blood Is My Crown’ is the fourth full length album from Portland, Oregon one man project Oppressive Descent; the brainchild of Grond Nefarious. Released initially on LP by Inferna Profundus Records, the label will also be releasing a CD version of the opus next month! Whilst this project can trace its inception back to 2009, it wasn’t until 2016’s debut album ‘Death Was the Only Path We Knew’ that Oppressive Descent started releasing material, but since that time he has been phenomenally prolific in his release rate!

It isn’t just the release rate that is impressive though; the quality of musicianship and creativity held within the confines of this album are to a high standard also. Oppressive Descent’s vocal style is suitably harsh sounding and raw, as well as sounding like it has to rise up from the depths of a cave to reach you. Not only that, the drumming display is satisfyingly rhythmic crossed with borderline psychotic in moments of full on fury, whilst the guitar melodies are traditionally bleak, ice cold and ravaging in intensity and purpose! Whilst all of the elements on offer are pretty standard Black Metal fare; when combined there is a cohesion and synchronicity to them all that makes this album so damn enjoyable to listen too.  Not only that, as the intensity increases the overall sound if powerful, all encompassing and engaging.

If I had to pick a favourite track I’d go for the title track ‘Spite Is My Scepter, Blood Is My Crown’; a song that blazes forwards with unquenchable bloodlust and aggression, yet packs a deeply groove drenched undertone as well as an ice cold sound to the riffs. Oppressive Descent doesn’t try to re-invent the wheel. All that matters here is high quality intense sounding Black Metal; mission accomplished!