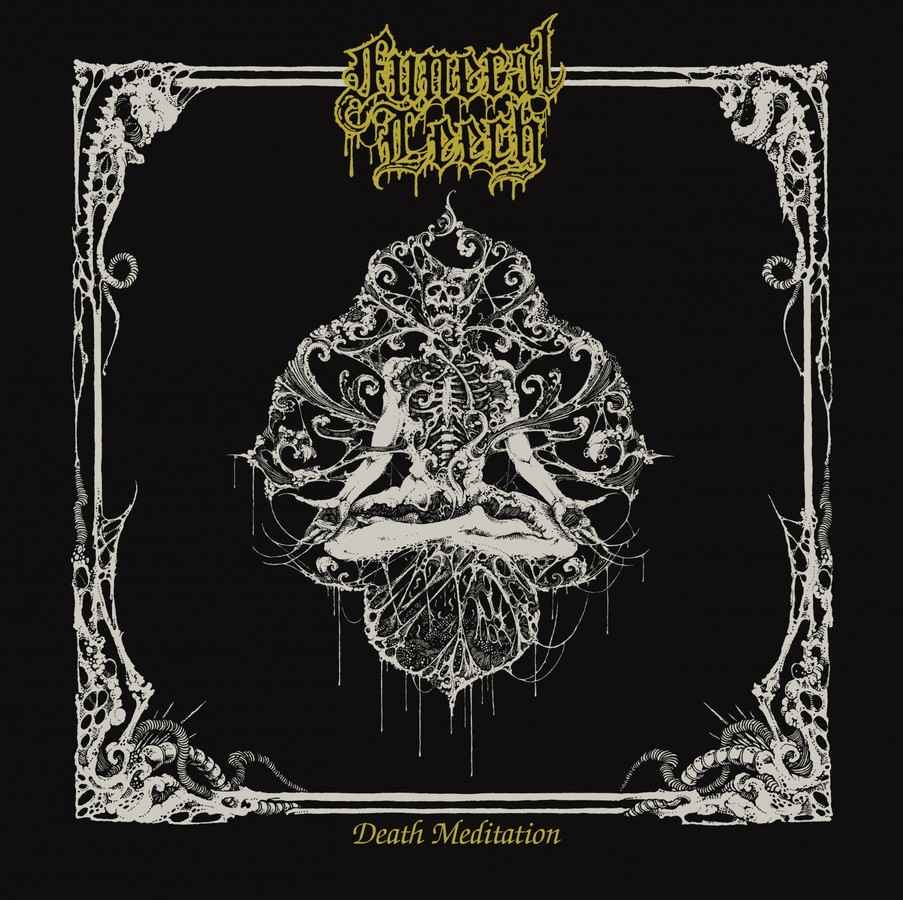 A quartet formed in 2015 and based out of New York, Funeral Leech unveiled their first LP aptly titled “Death Meditation.” They bring a lot of older influences ranging from furious riffs similar to that of Bolt Thrower, to having very elongated haunting riffs that are ominous yet elusive related to diSEMBOWELMENT.

Featuring 6 tracks clocking in at 45 minutes, there’s very drawn out, some parts a bit overplayed BUT to fully capture the album’s eerie atmospheric tone, one would have to literally be in a blacked out room attempting to meditate while this plays in the background; monolithic in tone for the first four tracks, then by “Morbid Transcendence” and closer “I Am The Cosmos”, feels like you’re gradually falling into a pit of despair, feeling helpless, yet you accept and bathe into its blackened warmth.

The tempo is filled with more groove and obscurity in vocal delivery by Lucas Anderson compared to the intro track titled “Downpour” which brings heavily crushing riffs, presenting the start of a doomlike atmosphere. My favourite tracks include “Statute” which again brings reminder of profound influences like Bolt Thrower, Grave, and Asphyx as well. Lyrically “Morbid Transcendence” is my favourite: “Morbid transcendence, slipping away. Mind Body and soul, shift into next dimension. Death is a new beginning.”

These guys have made a great introduction to bring old school influences ranging from aggressively furious riffs to slowing down and intensifying the mood by creating a funeral doomy atmosphere by the end of the record, truly going through the serenity of afterlife. (Tori Belle)