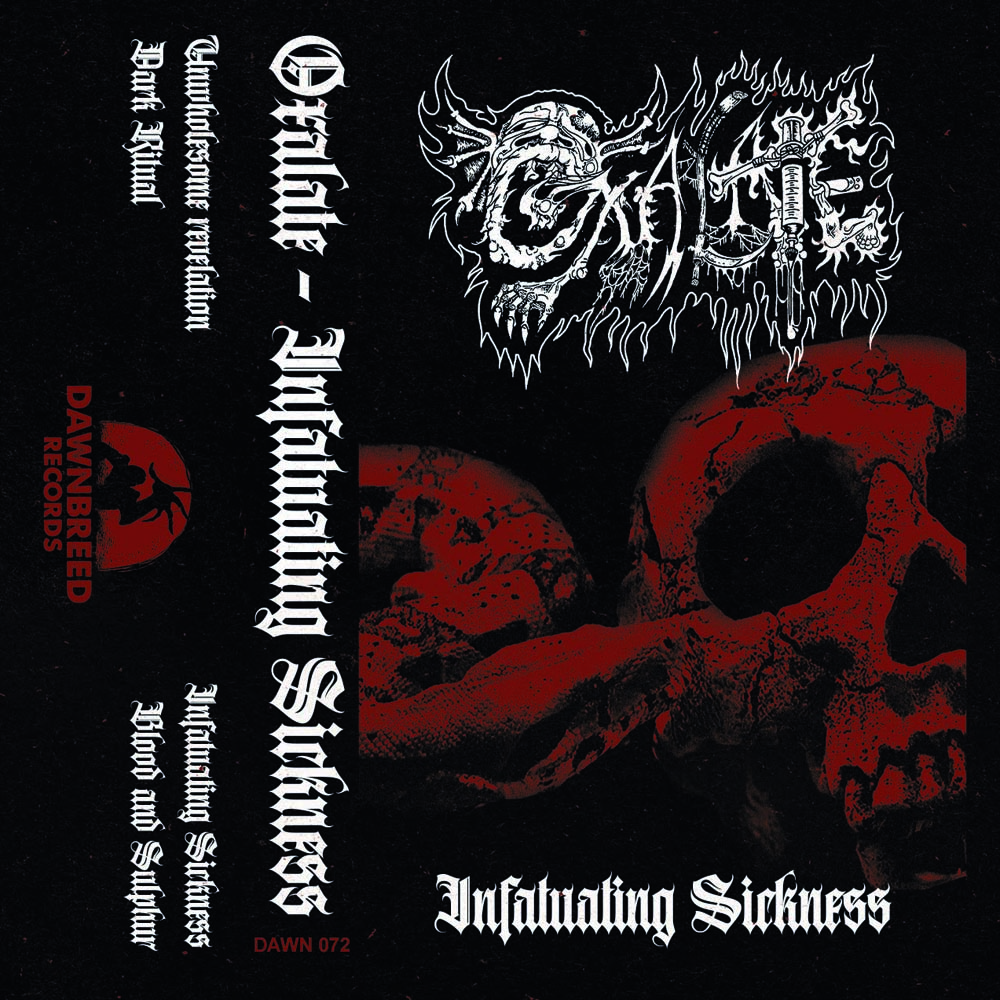 Originally released in 2019, American Oxalate’s ‘Infatuating Sickness’ EP now sees a re-release on cassette tape via Dutch label Dawnbreed Records. Previously, it had been released digitally by the band itself and released to the world as a mini CD limited to 100 pieces by Horror Pain Gore Death Productions.

We are presented with four short tracks (all around the three-minute mark) in which this foursome from New Jersey, New York, shows off an extremely rough side. Unpolished Death Metal with a raw Grinding edge, which goes from sluggish and dragging to full speed ahead. There is talk that this is for fans of Immolation, Asphyx and Cianide. You can safely cross Immolation off that list, this really has nothing to do with Immolation at all. And even a comparison with Asphyx and Cianide only goes halfway. Those bands have a much fuller sound and are very riff-driven, while Oxalate mainly brings a chaotic and even messy character to their music. Oxalate may be of interest to fans of old-school rattlebox Death Metal, but it actually has very little to offer. (FelixS)