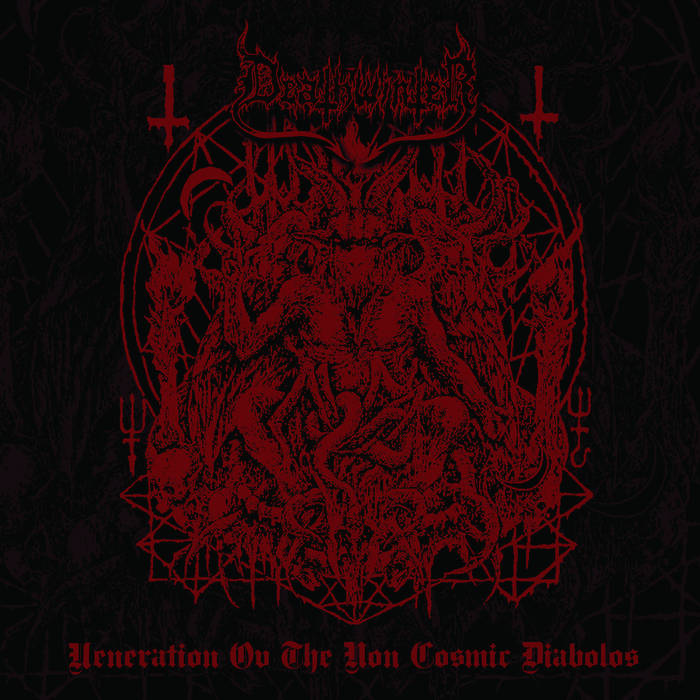 “Veneration ov the Non Cosmic Diabolos” is Deathwinter’s second album after having released their debut “Manifestations of Death” and a split with Perventor called “Abysmal Infernal Allegiance” in 2016.

The Australian Black Metal on this album has both fast and slow passages, the latter giving a more dark atmosphere to the bleak and cosmic like sound, while the raspy vocals and tremolo riffing gather to create a 90s Black Metal album that sounds common yet performed the way you expect it. With tracks between 6 and 10 minutes the length could be a pitfall that it gets long-winded, but Deathwinter succeeds to keep it interesting, therefore Deathwinter’s “Veneration ov the Non Cosmic Diabolos” is an above mediocre album for sure. (Ricardo)