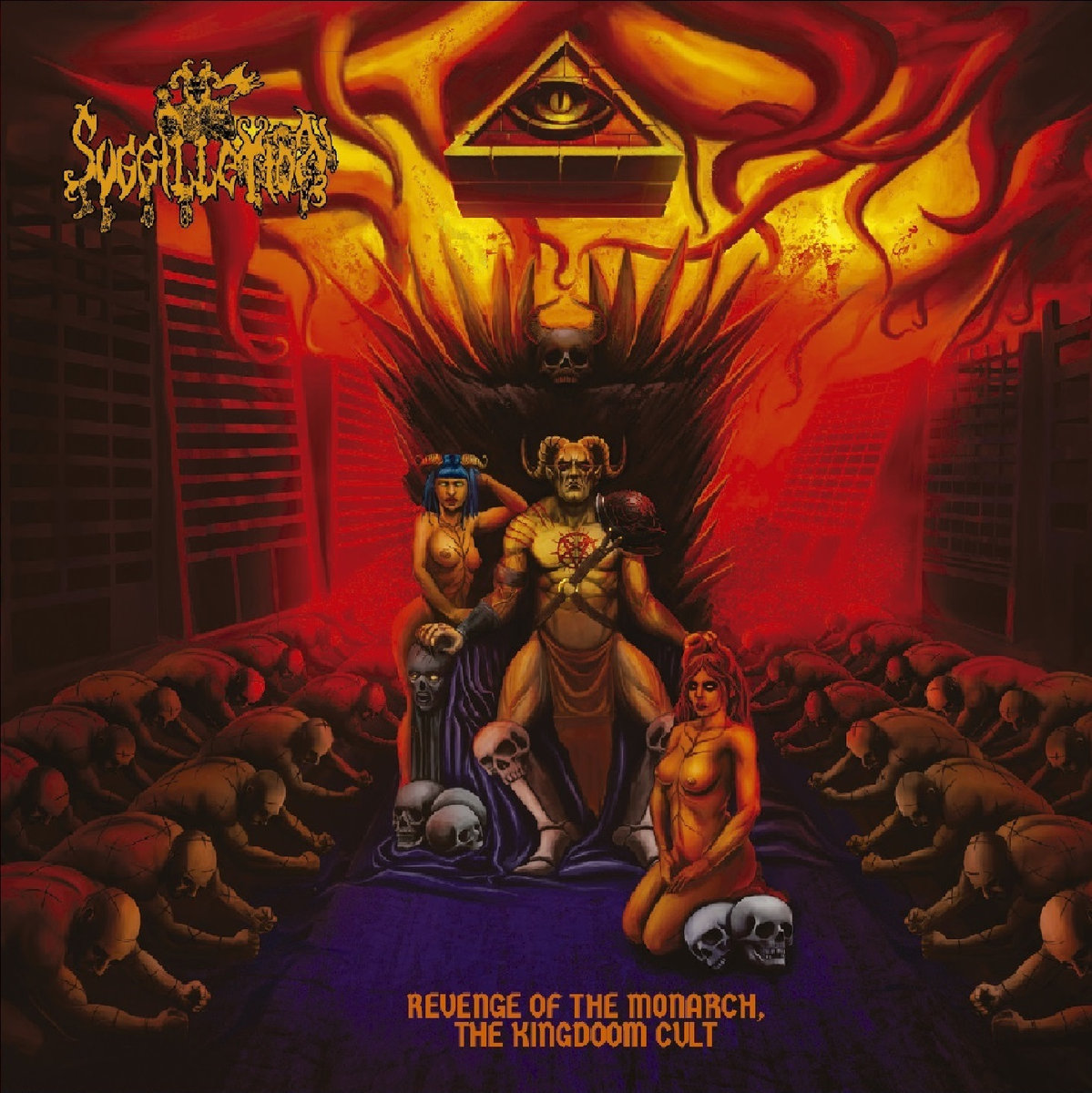 The underworld of Death Metal worldwide is huge and it is impossible to imagine the amount of Death Metal it can offer us. I was surprised by this Brazilian band, and although the guys are my “neighbours”, I never even had the chance to listen to them and witness their power of putrefaction.

Death Metal performed as crudely and directly as possible, taking all the South American essence we have, extolling the traditional style when talking about Death Metal and with an absurdly dirty atmosphere, a true assault on faith and Christian customs.

“Revenge of the Monarch, the Kingdoom Cult” is an album created in the old molds, brings us back to the time when recordings were made without metronome, on the base of hatred and soul. I’m not saying that the sound is poorly performed, quite the contrary, It’s one punch after the other, with harsh riffs and cavernous vocal, gross, extremely heavy, brutal and distilled evil essence. These guys are playing in the vein of as early Acheron, Amon, early Necrochristos, Mortuary (Mexico) and  Sarcófago to name a few, but Suggillation do create their own way with this well-crafted Unholy Death. Metal.

This power trio (Anderson Echeverria: Vomiting and Bass; Rafael JL Teles: Guitars; Johnny Carlos: Drums) have choses the right way with the production of the album. In an analogue sound equalization, the album is developed in 8 tracks, all of them expressing repulsion. to hypocritical Christianity, all beautifully crafted in an excellent album. All that is left for the insane is to acquire this opus of sulphur and poison, open their beers, and turn up the volume to torment the neighbourhood. (Danilo Rotten)