Rogga Johansson – Inside The Otherwhere 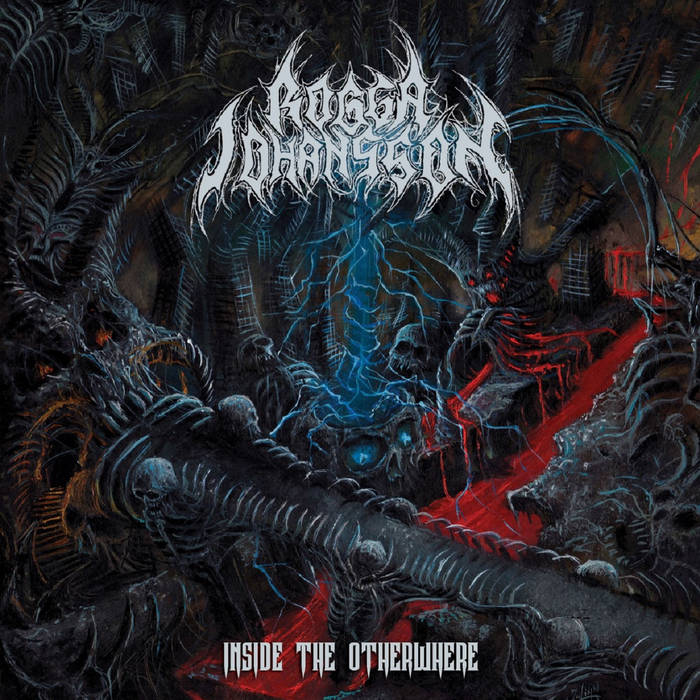 Unbelievable. I said it before and I probably will say it again (many times), but how in Satan’s name is it possible that Rogga Johansson, besides the 666 other bands, even has time for a solo career? A somewhat legendary figure like Dan Swanö also used to have a shitload of bands going on, most of them were pretty different. Unlike that, Johansson’s bands all tend to sound pretty much alike. Also this solo career of his is not significantly different from his other musical endeavours. Unlike Swanö’s solo work, this is not quite progressive, on the contrary, Johansson’s third solo album is just a bit more of the same.

More of the same, which means slow to mid-tempo Death Metal with rather simple and standard riffs with a slight Swedish touch and not the best vocals out there. It might sound a bit rude, but it basically sums up the entire career of Rogga Johansson. But that doesn’t necessarily means it is really bad, in fact it always seems to work, in a sense, but it is just repetitive and with the huge output the man has, it kind of wears down quickly. Every time I am listening to anything Johansson puts out, I am kind of entertained, but is something I rarely revisit after I have written my reviews. I am 100% sure that will also be the case with this third solo work, again I was entertained but my attention wavered before even hitting the midpoint of the album. This third album seems a little more mellow and has a bit more melodicism to it, when compared to the majority of his other work, but it doesn’t offer anything significantly different to speak of a special album or a surprising musical twist. Basically, this could be any of Johansson’s other work, so the only surprising thing here is that the individual songs weren’t released under the moniker of either one of his other bands.

But just as I never experienced the wow-factor, I can’t say that it really bothered me to listen to – in fact, I think this indifference is quite typical for the Rogga Johansson kind of Death Metal. People who can’t get enough of his brand of Death Metal can blindly get this album too, but to anyone who is into Death Metal in general and who is looking to pick up a new record, there is so much better Death Metal out there.