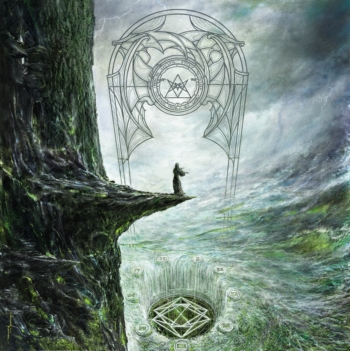 One of America’s most iconic Black Metal bands is undoubtedly Absu. The multi-headed monster that originally emerged from several previous incarnations and went through many name, style and line-up changes, finally found its end in 2020. This after a somewhat tumultuous period in which guitarist Vis Crom came out as transgender and left/had to leave bent, accusing Proscriptor of transphobia, and legal disputes with (former) band members over the rights to the music and/or band name. A shame, of course, as this does cast a shadow over an otherwise richly creative and influential past. Apart from the disgrace upon Absu’s escutcheon, it’s musical influence is completely indisputable and the music garners admiration from all corners of the metal scene. Especially the three Osmose Productions-albums, ‘The Sun Of Tiphareth’ (1995), ‘The Third Storm Of Cythrául’ (1997) and ‘Tara’ (2001) are undisputed classics.

Although the colourful figure of Proscriptor was not even involved with Absu from the beginning, he is widely regarded as the musical mastermind behind the band. The further into the Absu discography, the wilder his creativity. He intersperses the Black Metal with many influences from Heavy Metal but especially smooth Thrash Metal. His love for Thrash Metal got all the more apparent when he auditions as a drummer for Slayer in 2002, where he is reportedly rejected because he is “a bit goofy”.

And goofy he certainly is, but also very musical. After burying Absu, he immediately started this new incarnation of the band. In addition to his own name, he also uses the title, ‘Apsû’, of this third and concluding part of the intended triptych (after ‘Absu’ (2009) and Abzu’ (2011)) to make it sufficiently clear that you really have to deal with both Proscriptor and Absu here.

Well, the music then, finally. To start with the conclusion: the band’s heyday is clearly and surely some 20 years behind us. Although the music on ‘Proscriptor McGovern’s Apsû’ is by no means weak or boring, from the ‘Absu’-album onwards they do seem to take a step back each time. The music still sounds busy and packed with technical riffs and frantic tempo changes. But it lacks that sparkle and genuine excitement. The musical fidgeting seems to get the upper hand and they seemingly just forgot to craft good songs. There’s no song on this record that can match the brilliance and lustiness of the ones from the classic Osmose Productions-albums. I’m just left with the impression that being wild and frantic has become the main target, basically being wild and frantic just for the sake of it – which is a rather cheap approach. As for the musical craftsmanship of both Proscriptor or his band, in which we recognise the likes of Vaggreaz (Gruesome and, Possessed) and Vorskaath (Agatus and Zemial), there is no further doubt: the whole thing is played very skilfully. The razor-sharp Thrash riffs and virtuoso drums still form the basis of the sound, they still swirl around each other in a kind of mythological ritual dance. And in case you’re still in doubt whether you’re dealing with Proscriptor’s here, his fierce vocal style involving large amounts of lyrics and the falsetto outbursts buzz around your head in large numbers. Also the production has seen better times, the organic and natural sound of the older albums seems to be abandoned. Instead, the somewhat plastic and rather static sound of this new albums even restrains the ferocity and aggression. Still, the somewhat chaotic Black/Thrash alloy of unique Absu-making is overly recognizable and despite my comments this new record just sounds like a next step in the Absu discography. It won’t be a problem for seasoned Absu fans, but because of the heavy assault on your hearing and processing ability, this won’t be an easy listen to anyone new to the band.

Although many musicians, fans and also magazines side with Vis Crom (now Melissa Moore) and it is otherwise perfectly natural for me to reject transphobia, I do not feel I have to take sides when it comes to bands’ musical products. However, I still cannot quite rid myself of a somewhat sour aftertaste, both musically and morally. It is also fair to conclude that the band no longer delivers ground breaking albums, but there is still plenty for the Absu fan to enjoy. (FelixS)