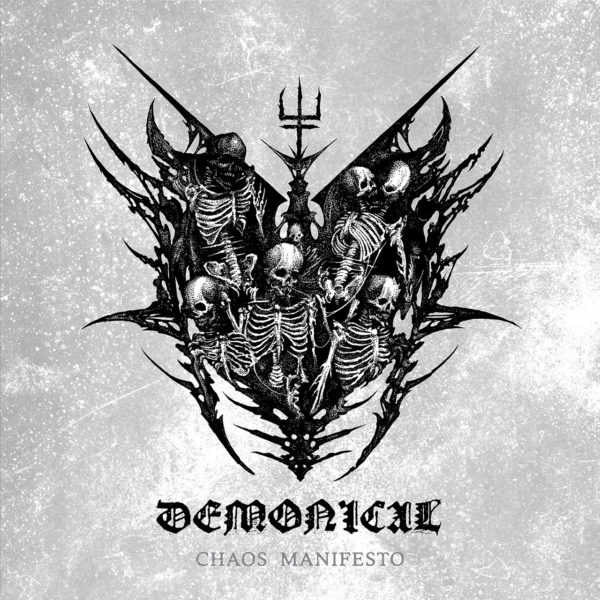 Maybe it’s just me, but Swedish death metal bands can almost be put at a disadvantage sometimes if they are constantly compared to the Swedish greats that came before them. It can be a daunting task to try and emulate these predecessors while creating a distinctive, original sound. Sweden’s Demonical is not deterred from this challenge. It’s very easy to hear their influences but they do have a sound that is clearly theirs alone. Formed in 2006, a quartet at the time, they released the first album “Servants of the Unlight”, a very well received death metal album. They released three more full length albums with a slightly changing lineup, most prominently the switch to Sverker “Widda” Widgren on vocals. Following the formula for death metal: thunderous double kicks, evil growling and melodic solos, Demonical had firmly etched their place in metal. The previous full length, “Darkness Unbound”, released in 2013, would be the last time that lineup would work together as the band had a complete shuffle of members with only bassist and founding member Martin Schulman remaining. Perhaps foreshadowed by the change in logo, the new members have brought in a new dynamic to “Chaos Manifesto”, a prominent shift into more melodic interludes, while still upholding the familiar Demonical sound. Key elements remain in the form of growls, intriguing solos and heavy drum patterns. It is however, less thrashy and a bit slower at times than previous albums. Catchy choruses that linger in the listeners head for days after listening are abundant throughout; it’s very easy to pick up these new-found anthems and enjoy a new take on what traditional Swedish death metal is known for. (Kaje)