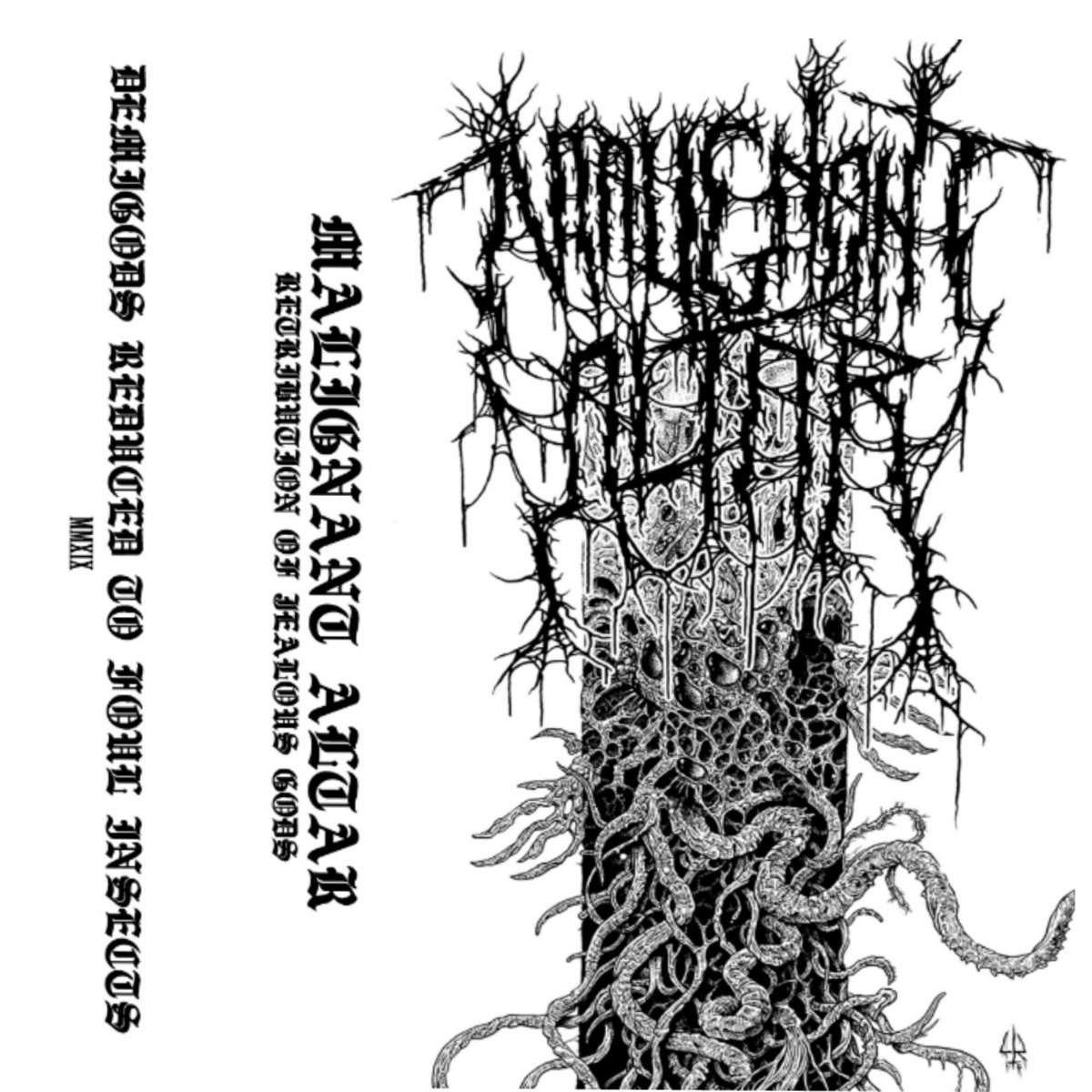 “Retribution of Jealous Gods” is the second demo from Houston Death Metal outfit Malignant Altar. The band has conjured 3 tracks of punishing OSDM, full to the brim with chunky riffs and occult lyricism, not that you would know that as you try to decipher the band’s battery-acid vocal delivery.

The demo begins with title cut “Retribution of Jealous Gods” starts out slow, then the band shifts into a faster tempo and whips the song into a furious death metal frenzy. However, the band don’t rush through their demo, they allow the sludgy riffs throughout the tape time to breathe, but not so much so that they become repetitive.

The band doesn’t break any new ground for Death Metal in this release, but they didn’t need to. The band have crafted a fantastic throwback Death Metal release. If you only hear one song off of this release make it the epic “Retribution of Jealous Gods”. (Noisehearse)