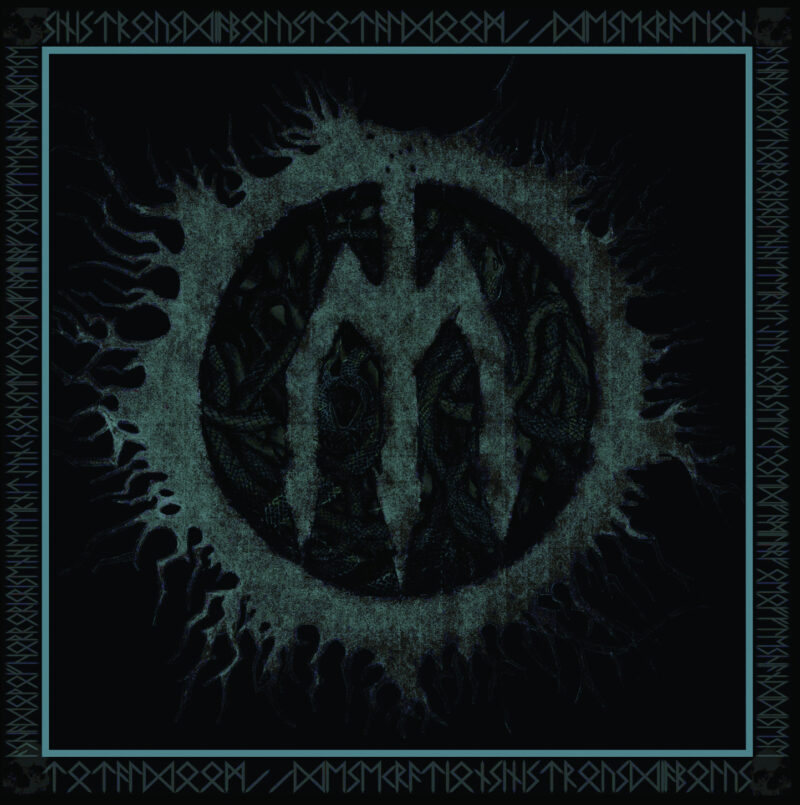 Sinistrous Diabolus are an extreme underground band from Christchurch, New Zealand who have been active since 1993 with the release of their first Opus One” demo. Since then, the band has managed to refine their unique brand of dismal, atmospheric death/doom to what is has become today. “Total Doom//Desecration” is their first full length from 2013 which was only available as a limited vinyl version, a limited tape edition and on digital format. Purid Cult Records took up the gauntlet and re-released it on an exclusive CD format. Long overdue, if you ask me.

The album is divided into a ‘Desecration’ and a ‘Doom’ segment, combining all original 6 tracks into two long tracks and adding 2 untitled bonus tracks to both parts creating 2 long dirges of an aural abyss, both over 30 minutes in length. Way longer than the original 41 minutes playing time of the original LP

What you get as a perfect and elaborated combination of Death/Doom with ritualistic pounding drumming, ethereal ghoulish chanting, deep bestial growls, distant howling, distorted guitars and menacing synths added to the already suffocating atmosphere that is soaked in reverb and droning passages. It all fits together…the crushing and pulverizing doom parts remotely remind of early Samael, but there’s a hint of Vassafor, Winter, Grave Upheaval and Diocletian as well in their compositions. The sound is tangible one moment and elusive the next.

Despite the length of both combined parts, there isn’t a second of boredom present, in fact: “Total Doom/ /Desecration” keeps you on the tip of your toes, anticipating what will come next. This album is a masterpiece of superb constructed atmospheric Death/Doom with a very unique haunting dimension to it. Even fans of satanic Black Metal would appreciate this juggernaut.

It surprises me that a label such as NWN! didn’t jump on it earlier. Putrid Cult Records Poland struck gold with this one !! Get yourself a copy of this unearthly gem – even if it was to get a glimpse of hell. (LV)