Gates of Tyrant – Vortex Towards Death 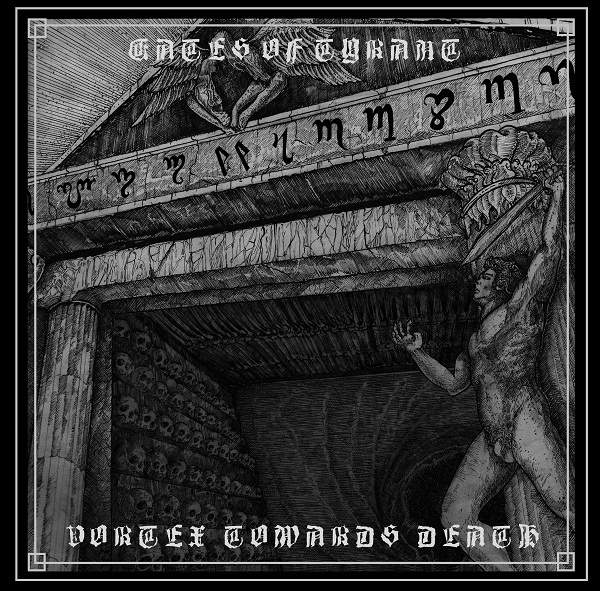 The debut album “Vortex Towards Death” of Gates of Tyrant from Chile, is filled with cold Black Metal riffs and melodies, while keeping the old school approach combined with a clear production. With members who have acts like Missa Mortvm, Selbst and Funeralis behind their names, although mostly as live musicians, it can be said that they gained experience in the scene as servants of the black flame.

Speaking of the old school approach, you will hear similarities with Black Metal acts like Sargeist, Behexen and Urgehal while on the opening track “Liberation Ceremony” you can hear a certain bassline that reminds of B. War’s work on old Marduk and Allegiance releases as well as Mayhem’s “Pagan Fears”.

“Vortex Towards Death” is certainly a good debut album for Gates of Tyrant, I can guarantee you will have a fine one in your collection when you order this. (Ricardo)