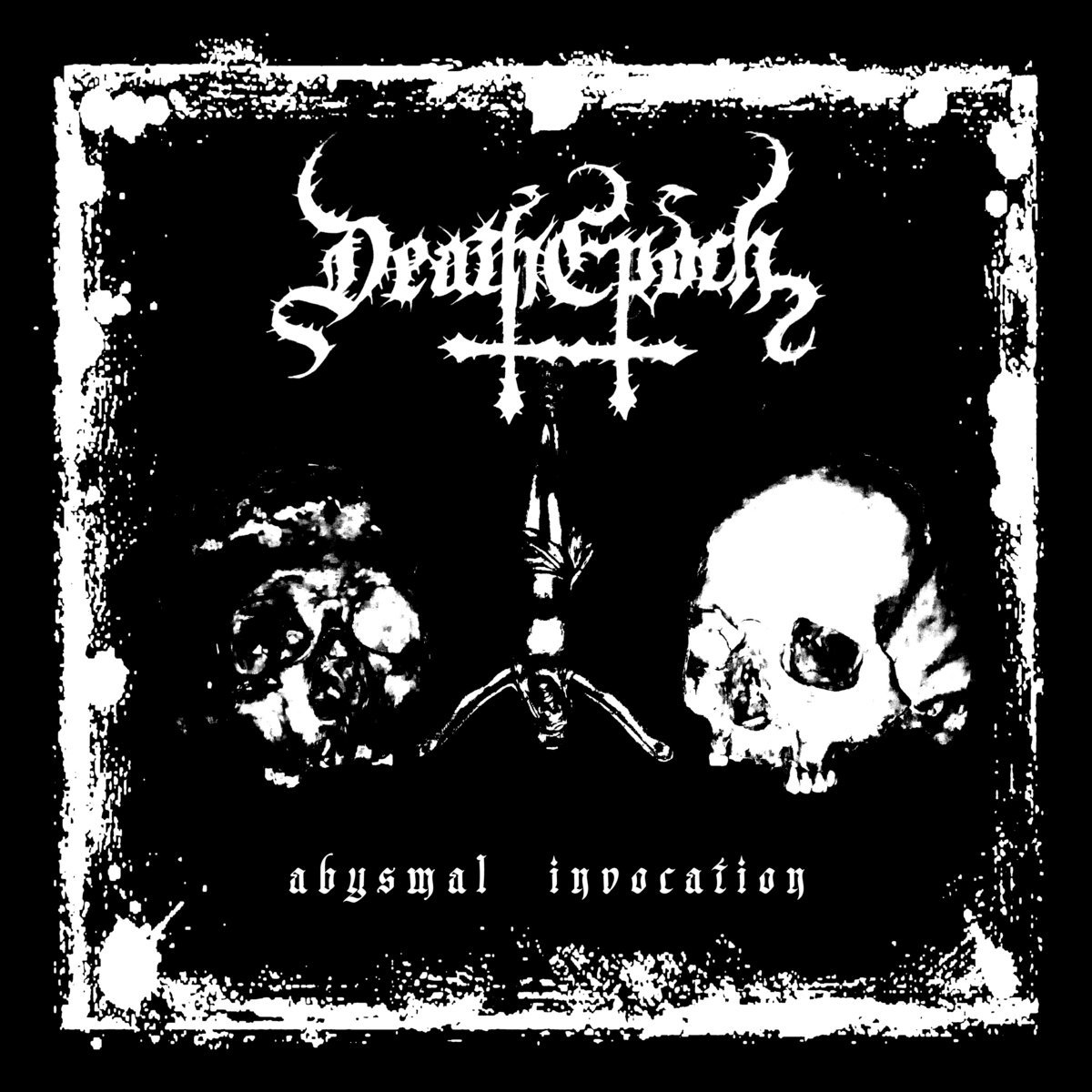 “Another Lord K. project” I hear you say? Another attempt to saturate the market with his spin offs?

Not really – as prolific as the Lord K. may be, this DeathEpoch draws its influences from totally different scenes.

A fine example is the ritualistic/urban tribal/industrial 4+ minute opening track, “Abysmal Invocation I”, which does remind strongly at The Flooded Church of Asmodeus from Finland.

What follows is a punishing concussion bombardment of the vilest über evil Black/Death/Grind or War Metal with inhuman cave man growls, a seismic bass and ear damaging guitar chords. “Genocide I” is out to cause as much collateral damage as possible.

Just when you wipe off your sweat from your face and feel fortunate about having survived this ordeal, another EMB/tribal intro bashes you in the face, followed by a flesh ripping splinter bomb (“Genocide II”). And the total war goes on with “Abysmal Invocation II” which I would label as the musical equivalent of an HK (Hunter-Killer) from the “Terminator” franchise, programmed and hardwired to exterminate the remaining survivors.

DeathEpoch proves to be very versatile, using satanic ritualist soundscapes, sound effects of exploding bombs, EBM, even some harsh noise/power electronics. Let’s say the best from a MZ 412, Intolitarian, yet remaining true to the concept of total War Metal.

Whether it’s the doomy parts of an “Abysmal Invocation II”, the audial torture of “Genocide III” with disturbing sound footage referring to the holocaust of WWII or the biomechanical “Genocide IV” hybrid – this album NEVER ceases to amaze nor bewilder you.

DeathEpoch manage to blend all these extreme styles into a superior hybrid and they piss all over the clichés of the genres mentioned, while they’re at it. Have a mandatory listen to the Sodom and Acheron covers they contaminated.

It’s perfect. The entire is album is perfect in all its degenerated extremity.

Those into the most mind fucking, head spinning war metal with noise/power electronics, unsettling soundscapes and other unexpected sonic eruptions ever conceived – simple MUST have this gem.

And me? I have an urgent appoint with the cryo chamber. See you in a few decades, pitiful humanoids.(LCF)