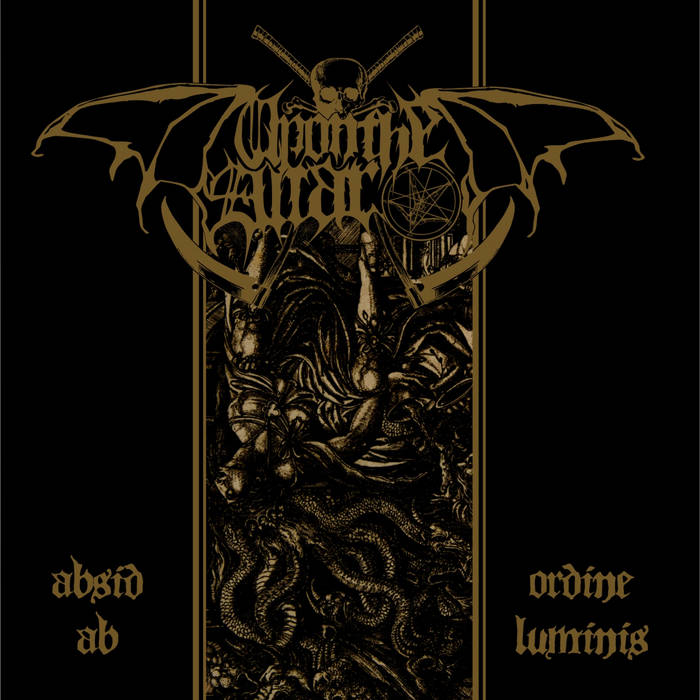 Following on from a cruel and murky demo release, Polish Death Metal band Upon the Altar would return a year later and team up with Putrid Cult for a CD release of their debut full length album ‘Absid ab Ordine Luminis’. For the demo, Upon the Altar revelled in putrid early 90’s Death Metal fandom, and very little has changed in that regard. Something that has progressed since the demo though, is the sheet weight behind the riffs, which now slams forward with a feral, grinding intensity whilst remain mired in reverb and filth. Every aspect of the Upon the Altar package is magnified on this album, from the song-writing to the performance to the sheer crushing futility with which the band execute their style. It’s also good to see the two demo tracks ‘Expire’ and ‘Hapax Legamenon’ given fetid new life here, the latter of which this time closes out the album.

There is something for any murk obsessed Death Metal fan on ‘Absid ab Ordine Luminis’, which incidentally translates from Latin as ‘Away From the Order of Light’. For me it’s the slow, pulverizing torture of tracks such as ‘Mortuus Est Rex’ and the dominant atmosphere of gloom and oppressive said track creates, that really sets Upon the Altar’ apart from many other Death Metal acts. They truly construct the most abyssal, all-encompassing despondency through the use of magnificent, rot choked guitar leads, remorseless and bestial drumming and primitive, barbaric bass play, and that’s before we take note of the thuggish, heathen growls that pummel and scratch and claw at your psyche in a never ending bout of psychological blood letting! Upon the Altar are the epitome of dread, the living embodiment of macabre, unbridled fear! (Marksson)