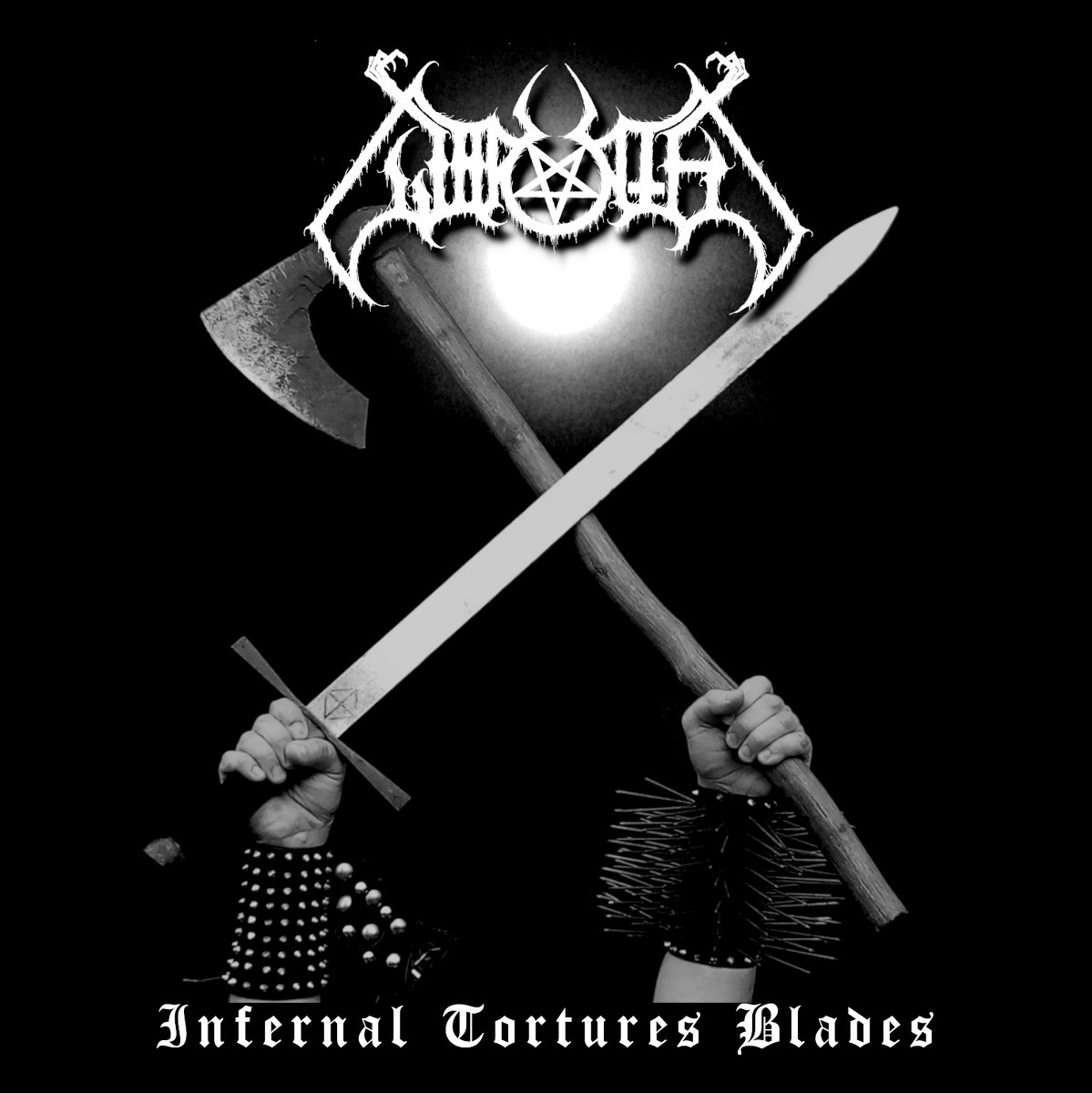 With such impressive resumes, what do Waroath bring?

Well: a blistering and delicious old school mixture of Speed, Thrash & satanic Black Metal music is what is been displayed on this album. Imagine the unbridled satanic lunacy of a Kat, the brutality of the legendary Polish Dragon, Turbo and throw in some old Sodom, Root, Venom and Destruction for good measure.

Waroath are typical Polish one might say: from the raw and rabid theatrical vocals, to the chopping guitar riffs and all the way to the pummeled rhythm section. It sounds and smells 100 % genuine as Polish stale beer and vodka being poured over you on a night out. Just have a listen to the panoramic shredding guitars that pop up in the songs, the academic drumming, the zeal with what the vocals are being spewed out and the blatant copy cat influences shamelessly taken from the renowned Western acts from the 1980-ies.The music’s not too fast, not too over the top, but irresistibly blunt Polish 1980-ies Black/Speed Metal of old, without relying too much on an archaic sound, drenched in reverb and all the trimmings to make it sound completely ‘authentic’. As a matter of fact, “Infernal Tortures Blades” boasts a rather clean, crisp production.

What makes this album so strong is the fact that it might not sound perfect which is exactly what Polish bands sounded like in the old days and which attributed to their charm and eventual kvlt status. It’s not perfect. It’s not a mile stone in music at first – but it is brought with the utmost conviction as if they couldn’t have done it better any other way. Lyric wise the album deals with the typical Witchcraft, Demonology, Arcane Rituals/Flirting with the Occult themes from the 1980-ies.

“Infernal Tortures Blades” is one of those divine retro efforts which succeeds completely in its mission without becoming a parody and without absorbing too many of the clichés cliché’s of that magical era. Before Polish metal really became a force to be reckoned with in the 1990-ies.

It’s an acquired taste? It’s a homage to the early beginnings of the Polish scene. A time, where the country was still ruled by men with gigantic moustaches who believed in the benefits of Communism, the time where they had a Pope in the Vatican and a plate of  Chłodnik on  the table and so on …

Any way – those into this Polish brand of old school Metal won’t be disappointed!

Me? I just turn up the volume and torture the neighbours. (LCF)