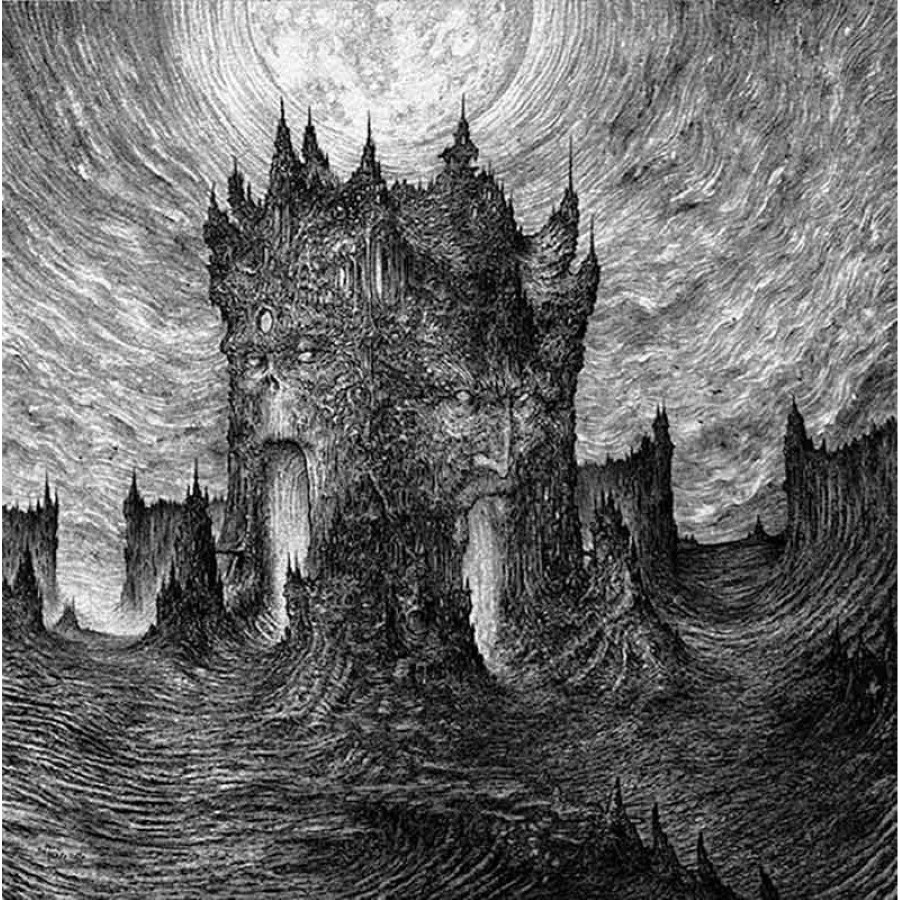 Quite soon after the release of their debut album ‘Night’s Scarlet Symphonies’, the Finnish Black Metal band Mooncitadel were ready to strike again with a new release. This time, the band released a four track EP entitled ‘Onyx Castles and Silver Keys’ which was inspired by H.P. Lovecraft’s story ‘The Dream-Quest of Unknown Kadath’ and released by the label Out of the Dungeon.

The band’s debut album was a clear continuation of the style of the band’s earlier work, and the same applies to ‘Onyx Castles and Silver Keys’. ‘The Silver Key’ is an adaptation of a traditional Finnish song, and provides a perfect introduction to the first song ‘Summoning the Faustian Aristocracy’. The track initially bursts out in rather traditional Black Metal fashion, but quickly turns into an almost progressive Heavy Metal riff before the song take yet another more epic turn. These transitions are done extremely well, and Mooncitadel effortlessly alternates and mixes fast-paced Black Metal with symphony and melody once again. Personally, this is probably my favourite track by them so far. But it doesn’t end there as the subsequent ‘Fog is the Crown (Guarding the Nordic Mysteries)’ feels once again like a clear step up from ‘Night’s Scarlet Symphonies’. In this case the folk elements are a little bit more pronounced, but this takes nothing away from the intensity of the music. It is also here that the prominent bass sound is extra apparent, and just like the debut the overall sound is a great example of how to balance intensity and rawness with a symphonic, melodic and epic sound. The album closes with the opening epic Heavy Metal riffs of ‘Moonwine Amongst the Onyx Castles’, before moving into Black Metal territories once more. As a whole, ‘Onyx Castles and Silver Keys’ is probably a little bit quicker in pace and more intense than the debut album without forsaking any of the qualities, making the EP even more appealing to me than the already excellent debut album.

Mooncitadel continues to impress through excellent recordings. While ‘Night’s Scarlet Symphonies’ was already a great record, the band manages to improve even further on the pretty stellar ‘Onyx Castles and Silver Keys’. I can’t wait to hear what the future holds for Mooncitadel.

Out of the Dungeon