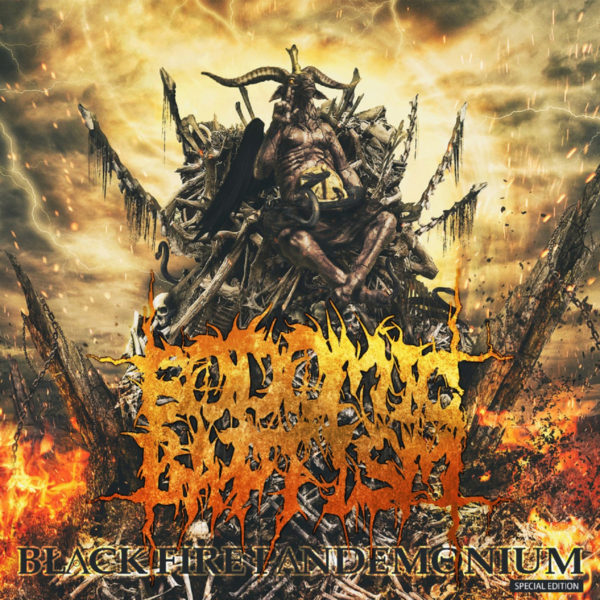 After releasing an EP and 2 splits (1 with Consumed from Chile and 1 with Corona Barathri) Sodomic Baptism from Belarus released their debut album “Black Fire Pandemonium” through Iron, Blood and Death Corporation. When analysing the logo one could say we’re dealing with some Modern Brutal Death Metal or maybe Deathcore even, but after hearing the first two songs it is clear we’re having Brutal Death Metal for dinner.

They are mixing the Death Metal of Deicide, Internecine and Hate Eternal’s “Conquering the Throne” with a hint of the US Brutal Death Metal scene around 2000. The variation between full-blast and a slower track like “Conception of Beast” will please some, but at the end “Black Fire Pandemonium” doesn’t really distinguish oneself with other albums in the same vein, although I have to admit you don’t hear a lot of bands with that particular satanic Death Metal style anymore. (Ricardo)