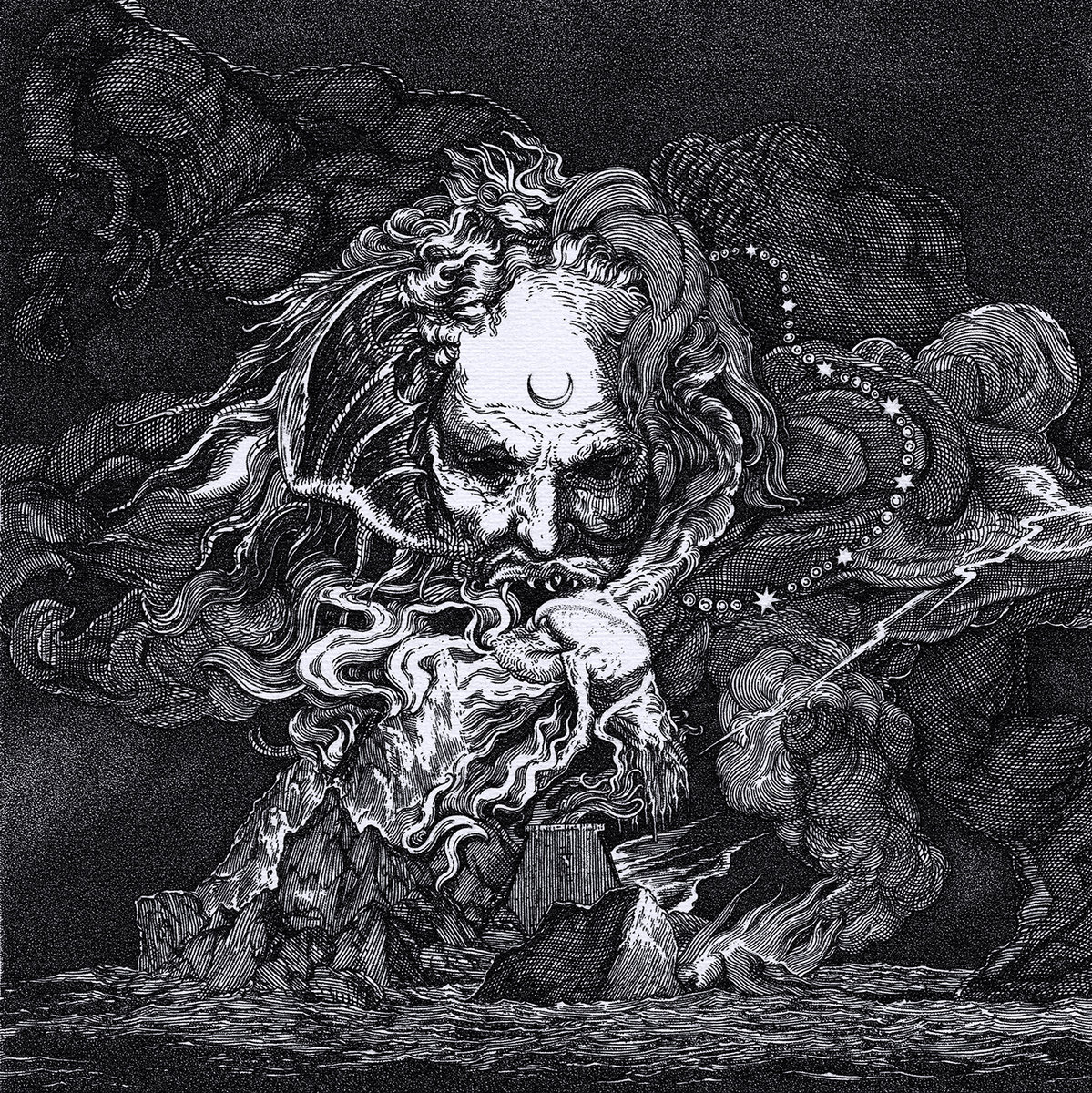 If you love total fucking chaos and split releases, this will split you in half! Unabashed, Mayhem ensues the moment you press play. For those not in the know, Sarinvomit from turkey and Eggs of Gomorrh are keeping the black Flames stoked with massive amounts of sickness… Actually helping to put danger back in this music, something we need more of. I am quite familiar with Sarinvomit as I sign them before the collapse of my label, spurred on by having my sight deleted and PayPal deleted as well for selling “too extreme” musick! I was barely familiar with Eggs of Gomorrh, but they bring the goods and are a demon to contend with… Now on to the music.

Sarinvomit Lurch fourth starting this chaotic right of Hell. There are some new tracks that rip as much as previous material. Total blasting, raging black metal with thrash and War metal elements to spice things up. I’d have to say they are turkeys Premier Underground band and have the releases of Pitch Black Chaos to prove it, having started in 2013, they have a demo, EP, to split releases including this and a major rager of an album out. They share members with another Turkish hellish horde, Godslaying Hellblast. From what I gather, Sarinvomit has a project with Eggs of Gomorrh members, Horrocious, who put out a killer tape a few years back. Needless to say, Sarinvomit are in top form and their side of the split features some nasty live attacks caught on tape to seal the fucking deal!

Eggs of Gomorrh are rather new to me, but I was instantly hooked when I finally heard their 2011 demo of Swiss metal of death, surely recorded in a deep, dank cave! Heavy and completely crushing. These sickos are a perverse bunch who want nothing more than to torture you into submission with odd riffing that gives a sense of dread. The vocals nail this fact in with the low, Demonic howls of a complete maniac. Since hearing them later than most, I still must say, this will fuck your mind as hard as any previous release. Too bad they won’t release two demos that never saw the black of night (no reason given why they are unreleased). Just as Sarinvomit, there are a few new tracks as well as some live atrocities that kill.

This split is definitely for those who enjoy the more fast, chaotic, and even odd side of black metal. Many influences and killer sounds to be found here. (LOD666)