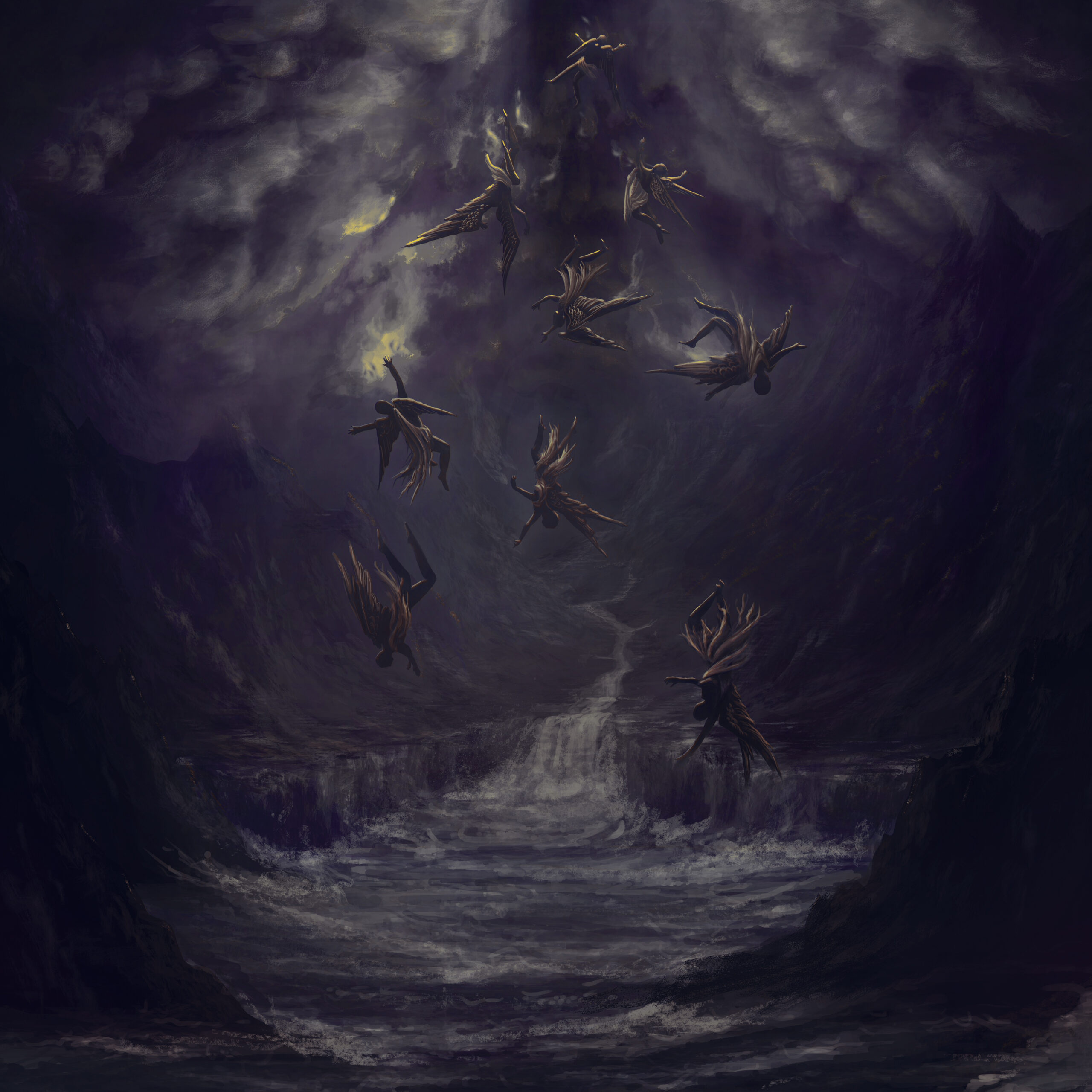 Despite a history that goes back as far as 1999, Greece’s Thy Darkened Shade didn’t really hit their stride until 2012 with the release of their debut album. But the album that defined their career even more is their 2014 sophomore album ‘Liber Lvcifer I: Khem Sedjet’, an album that only rarely sounds Greek in terms of riffs and style but has the same type of grandiose and almost theatrical feel to the compositions. Combining an almost Death Metal sound, progressive bass leads and grunts with clean vocals, choirs and dissonant Black Metal, the album turned out to be quite a challenging and rewarding listen. It has taken a while since, but 2023 finally sees the follow-up in the shape of ‘Liber Lvcifer II: Mahapralaya’.

Once again released on W.T.C. Productions, ‘Liber Lvcifer II: Mahapralaya’ continues where the predecessor left off. The first full track ‘Sacrosanct Pyre’ has all this dissonant, bass-laden, orchestral Black Metal that made the previous album such an interesting listen. While ‘Liber Lvcifer I: Khem Sedjet’ had a hefty Death Metal edge to it, ‘Liber Lvcifer II: Mahapralaya’ has more of a Black Metal sound and that’s something I personally appreciate a little bit more. Parallels with a band like Deathspell Omega are certainly sometimes justified, but Thy Darkened Shade offers much more than that. ‘Into Eerie Catacombs’ opens with a challenging guitar riff and blasting drums and continuously changes rhythm, but in more bareboned mid-tempo sections builds a thrilling atmosphere through enchanting clean choirs, only to fly back into progressive musical wizardry. It’s not the sort of track that allows you to sit and let a riff sink in, but more like a raging whirlwind where pace, riffs and rhythms continuously shift. And that applies to the entire album. The following song ‘Sathanastasis’ is a highlight track to me, a highly atmospheric track that through a restrained slower approach builds up all the dynamic tension that typifies the album, only to cap it off with one more furious outburst and a fitting falsetto scream. Some further highlights include a few fantastic dissonant and atonal riffs towards the end of ‘Qelippot Epiphany’ and the extremely catchy and almost Finnish Black Metal riffs of ‘Veneration for the Fireborn King’. Or just the entirety of ‘Noxious Witchery of the Titans’, a total riff fest with the best vocal performance the band has so far offered us.

‘Liber Lvcifer II: Mahapralaya’ is once again a challenging listen, with lengthy tracks adding up to an album that lasts just over an hour. Even more than the length, it’s the musical dynamics that’s not going to be for everyone. But for those ready to go on an adventure worth to be called an odyssey, it’s all so worth it. The album is filled to the brim with adventurous bass lines, dissonant and chaotic transitions, shifting tempos, melodic choirs and captivating melodies. Above all, it’s put together extremely well and more than ever the songs and album flow naturally. As good as the previous album was, ‘Liber Lvcifer II: Mahapralaya’ to me feels like a clear step up. The year only just started, but Thy Darkened Shade are certainly leading the way with an entrancing beast of an album!