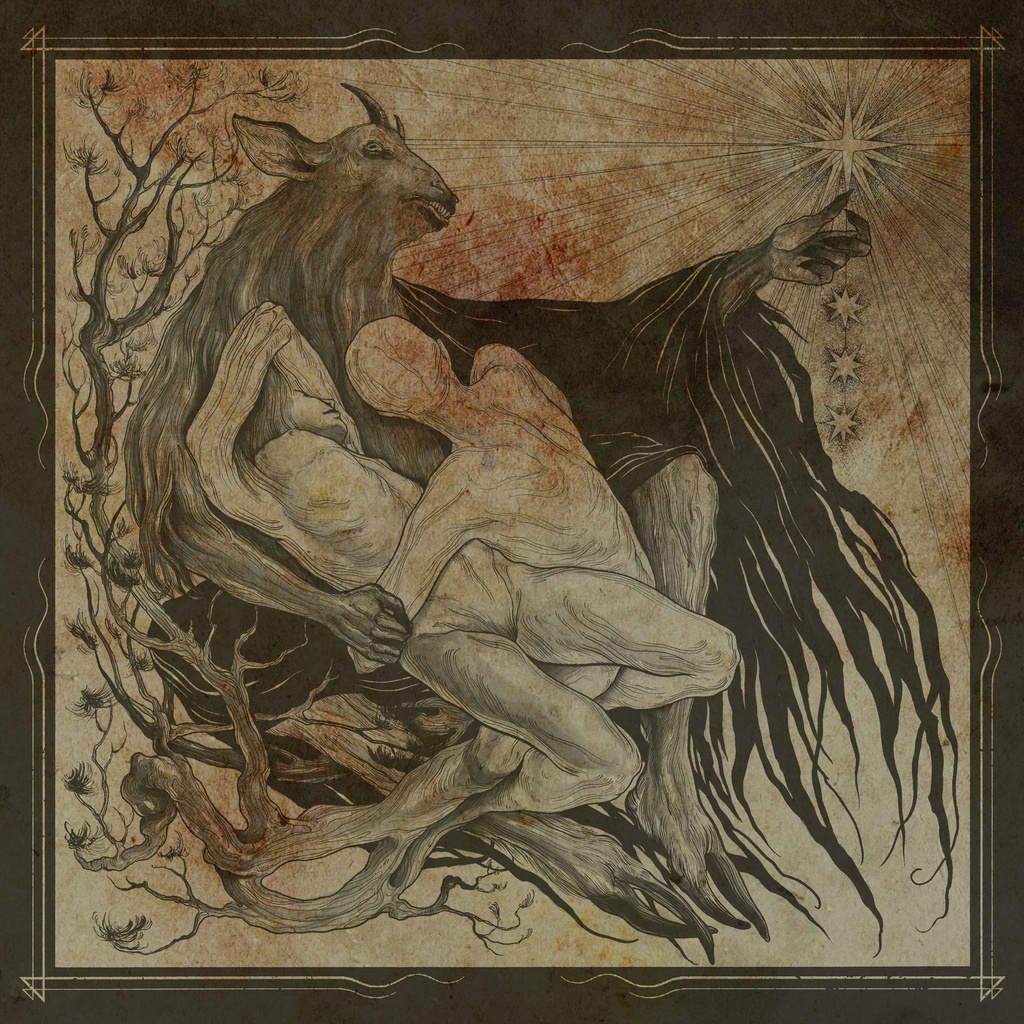 Omega A.D. (Chaos Invocation, Frostmoon Eclipse, ex- Macabre Omen, ex- Acherontas and so on) and Void A.D. recruited Wraath (Behexen, Beyond Man, ex-Celestial Bloodshed among others) as vocalist and third member for the third album of Fides Inverse: “Historia Nocturna”.

On this album you will hear several different aspects within the Black Metal scene, be it a dissonant approach of the guitars, a more epic and heroic vocal interpretation on “I Glance You with a Touch, I Touch You with a Gaze” or just pure aggressiveness, this album has it.

If both Mgła and Funeral Mist are on your turn table often, Fides Inversa is definitely worth a glance…at least… (Ricardo)

The Italian Black Metal band Fides Inversa doesn’t exactly work at a high pace, but they have consistently improved their craft since the formation in 2006. Their first album ‘Hanc Aciem Sola Retundit Virtus (The Algolagnia Divine)’, released by Osmose Productions, was a solid but far from earth-shattering orthodox Black Metal album. This status was further solidified by their 2014 sophomore album ‘Mysterium Tremendum et Fascinans’, released by World Terror Committee Productions. Things really shifted into a different gear with their stellar EP ‘Rite of Inverse Incarnation’. The original duo of Void A.D. (guitar, bass) and Omega A.D. (drums, vocals) was still intact, but the vocal duties were taken over by Wraath (Darvaza, Behexen, ex-One Tail, One Head) while Unhold (Grand Belial’s Key, Absurd) took over on bass. These changes turned out to be a significant change for the better, as musically the band had further perfected their sound, leading to by far their best release and a strong promise for the future. That future is now in the shape of ‘Historia Nocturna’.

With the latest releases the band had slowly moved away from the traditional Black Metal sound, and this further continues on ‘Historia Nocturna’. As soon as ‘A Wanderer’s Call and Orison’ kicks in we’re met with mesmerizing atonal riffs that are strongly reminiscent of the sound of Deathspell Omega and Svartidauði. These type of riffs re-appear throughout the album and add greatly to the unsettling and eerie atmosphere of the record, and comprise a lot of what makes this album great. Wraath’s diverse and possessed vocals excel with riffs like these, producing a haunting and unnerving album. Where the songs on ‘Mysterium Tremendum et Fascinans’ were a little bit too bland to remain interesting throughout, on ‘Historia Nocturna’ the band manages effortlessly to remain interesting through songs that often clock over seven minutes. This is not in the least because of the excellent drum work by Omega A.D. In some cases such as ‘The Visit’ the band remains more on the traditional side of Norwegian Black Metal’, although I personally prefer a track like ‘I Am the Iconoclasm’ with its combination of aggression and sweeping sinister riffs. And in particular intense tracks like ‘Transcendental Lawlessness’ embody everything that is great about ‘Historia Nocturna’. A less successful aspect to me are the clean vocals. When they’re used sparsely they’re tolerable, but especially in ‘Syzygy’ they’re overused and sound off key and downright distracting, making it hard to sit through that song.

The promise that Fides Inversa showed with ‘Rite of Inverse Incarnation’ has been fulfilled with ‘Historia Nocturna’. The band sounds mature, having excelled in their songwriting and further enriching their sound with atonal entrancing riffs. Their label World Terror Committee Productions is known to release only a few albums a year, but when they do it’s something you want to hear. And ‘Historia Nocturna’ is definitely an album Black Metal fans want to hear. (VincentP)