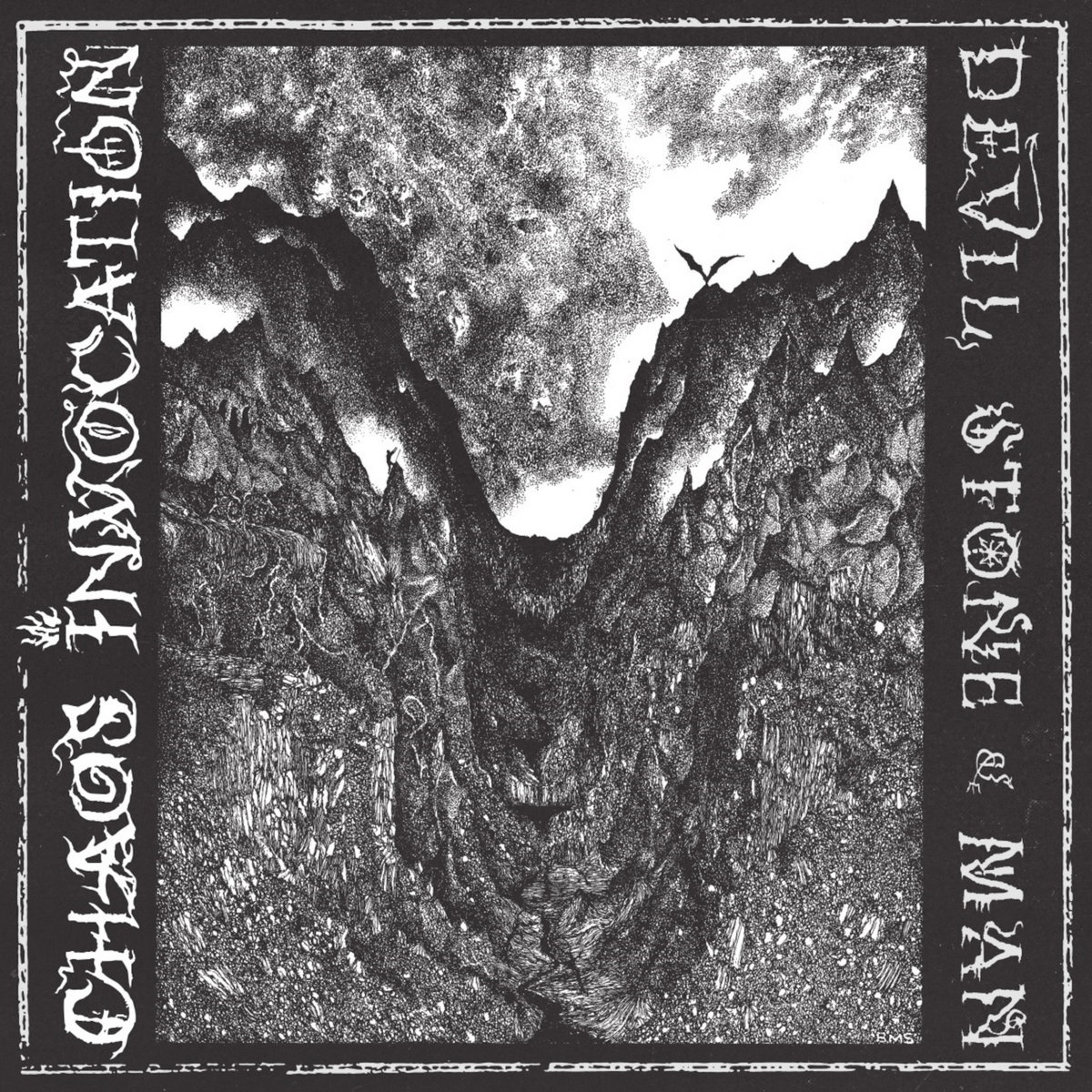 My first introduction to the music of the German band Chaos Invocation was their 2017 split with fellow W.T.C. Productions label mates Thy Darkened Shade. I remember seeing the excellent cover artwork for the following full-length ‘Reaping Season, Bloodshed Beyond’, but for whatever reasons never really delved into that album. Until now, as part of what you are reading at the moment: the review of their latest album, ‘Devil, Stone & Man’.

It turns out that ‘Reaping Season, Bloodshed Beyond’ was an excellent album. Of course, I should have known. It’s one of the many examples on the World Terror Committee artist roster that display just how strong that label is, focussing on just a few bands that are all really worth hearing. The previous Chaos Invocation record was filled with Black Metal that is probably closest to that of Watain, although it contains enough to distinguish them. Think of sporadic clean vocals and ripping melodic solos, and above all, far more interesting songwriting than basically anything Watain did after ‘Sworn to the Dark’.

And those that appreciate the previous album will undoubtedly appreciate Chaos Invocation’s latest full-length ‘Devil, Stone & Man’. Opening track ‘Strike of the Dominator’s Fist’ bursts out of the gates in a Black Metal frenzy, sporting intense vocals. The subsequent song ‘A Stranger’s Pale Hand’ has similar Swedish-sounding melodies ingrained, displaying the band’s strong musicianship through excellent creative breaks and solo’s without losing sight of the pitch-black essence of the music. One of my personal favourites of the album! That speed isn’t key is shown in ‘Diabolical Hammer’, a threatening slower track that doesn’t really reach full tempo until the very end, or the altogether more midpaced and ritualistic ‘Odonata Fields’. The latter forms a perfect prelude to some more fury in the shape of ‘Where We Have Taken the Cross’ and ‘Triple Fire’, once again showing that the band doesn’t have to be ashamed to be compared to anyone if they keep writing such excellent songs. Especially the latter song is a showcase for everything the band is about, alternating clean chants with spitting shrieks, catchy melodies and solos. Closing track ‘The Revolting Abyss’ is another track worth mentioning, with its great lingering melody ending the album on a high note.

With a duration of 40 minutes ‘Devil, Stone & Man’ is a slightly shorter album than ‘Reaping Season, Bloodshed Beyond’, and that’s a good change. It sounds more focussed and concise, and in every way a step up from the previous records. If you like Black Metal from the Swedish school of darkness and fire, then don’t forget to check this out, this album is really worth your time!