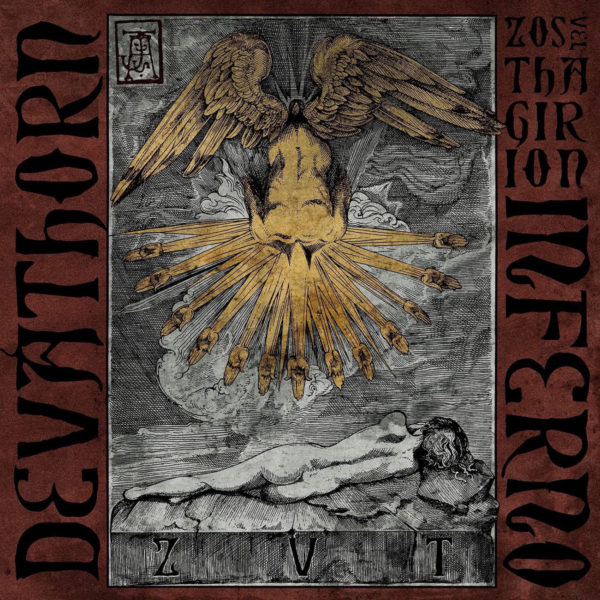 Two striking acts in the Black Metal cosmos joined together to create strong emanations in the name of the black sun. Devathorn from Greece already have spent 16 years in the circus, released 2 good albums and 2 splits prior to the newest opus, which is this split, and captured the attention of a lot of dark worshippers with their second album “Vritra”. The band continues where they left at that album, with mid era Behemoth riffing paired with their own mixture of occult Black Metal, even using tribal/ritualistic drumming and Tibetan monk chant  like passages. The two songs are a fantastic prove that this band has to be followed. The mantra like second track is pure gold.

Inferno on the other hand aren`t tired after 22 years. No, the Czech band brings quite some fresh air into the genre. 7 albums, and tons of demos/splits later, the band seems to be even more creative than before. Their last album “Gnosis Kardia” is amongst the best release from the genre ever and the two songs from this split are going to increment their stand as a truly innovative force. The dynamic range of the band is tremendous. The productions is reminiscent of their last album, with a slight clearness compared to the last album. Black metal, dark rock and other elements are mixed into an amalgam that let`s your mind drift into darker regions of yourself.

Probably the split of the year. Open your mind and sink deep into the dragons’ eye. Killer!