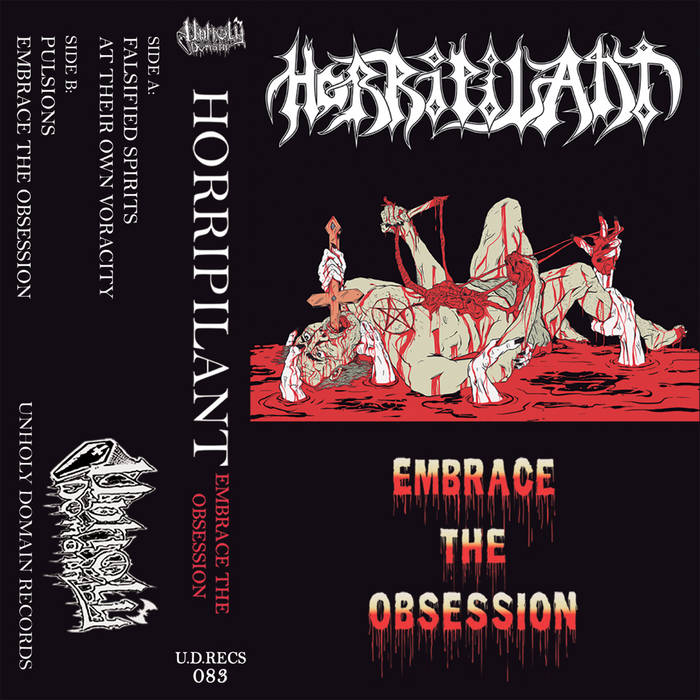 When the Spanish guys of Horripilant say they don’t want to follow any trend or underground flavour of the day, one can only be curious what their intentions are.

Well, don’t expect any tricks up their sleeves that will relate them to a certain pedal or the more darker Finnish scene, but you have to focus more on the thrashy Death Metal scene of the 80s. Or Evil Death Metal as they call it themselves.

And to be honest, the description fits in quite well as the Death Metal presented by Horripilant are from a certain period time when the term “Death Metal” was invented and Chuck was not just Chuck…but Evil Chuck. For example, the opening track “Falsified Spirits”…the first riff….Helloooo “Scream Bloody Gore”! And when you listen to “Pulsions” you can definitely hear some “Altars of Madness and before” Morbid Angel and don’t be surprised Possessed is an influence as well for these old souls.

Metal of Death…embrace the obsession! (Ricardo)