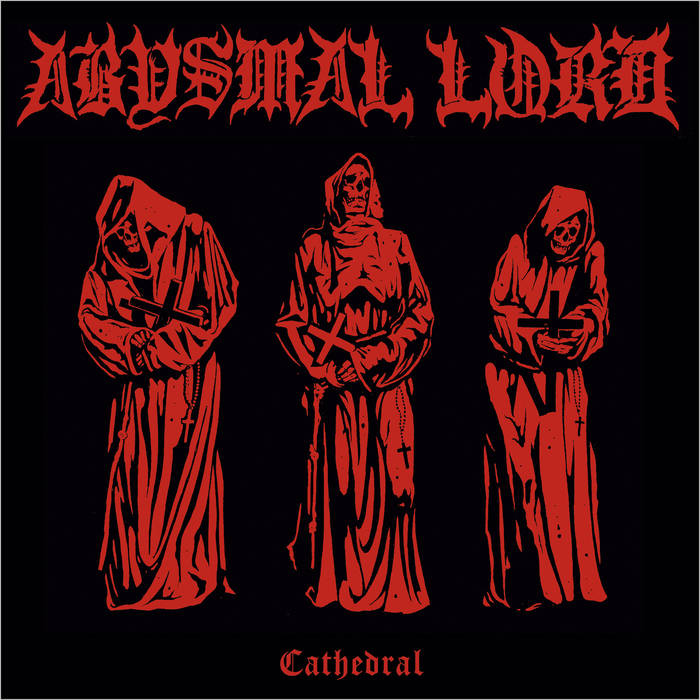 In 2019 we at VM-Underground reviewed Abysmal Lord’s second album, ‘Exaltation Of The Infernal Cabal’ and claimed that the band was able to stand shoulder to shoulder with genre legends such as Proclamation and Archgoat. Quite a bold statement, as indeed, these are true genre legends. But, on the other hand, there aren’t many bands playing this grinding blend of Black and Death Metal to begin with, so with releasing a few albums and EP’s you might already be at the top of this peculiar genre. Whatever your view, Abysmal Lord is at least one of the leading bands paying homage to the Blasphemy-ridden brutality.

With this EP the band returned one year after the Hells Headbangers-released sophomore album, offering 6 tracks with a playing time of just over 10 minutes. Anyone who was into any of their previous releases will not be surprised by anything on offer on this EP. The brutal savagery that the trio blasted out during their early years is as primitive and depraved as it is today. Whether you take Proclamation, Sadomator or any other band in the genre, it is basically all the same: grinding guitar sound, short bursts of blast beats, low-end rumbling bass and barking vocals, all drenched in reverbed, chaotic, pitch black atmosphere.

This EP was released about two years ago, but since we’re at the eve of the release of a new Abysmal Lord record, this serves as a great appetizer. These 10 minutes tasted great and made me look out for their new album. So, whether they will be able to firmly settle among the greats of the genre, we will soon know, as their new, third album will be released by the end of this month.