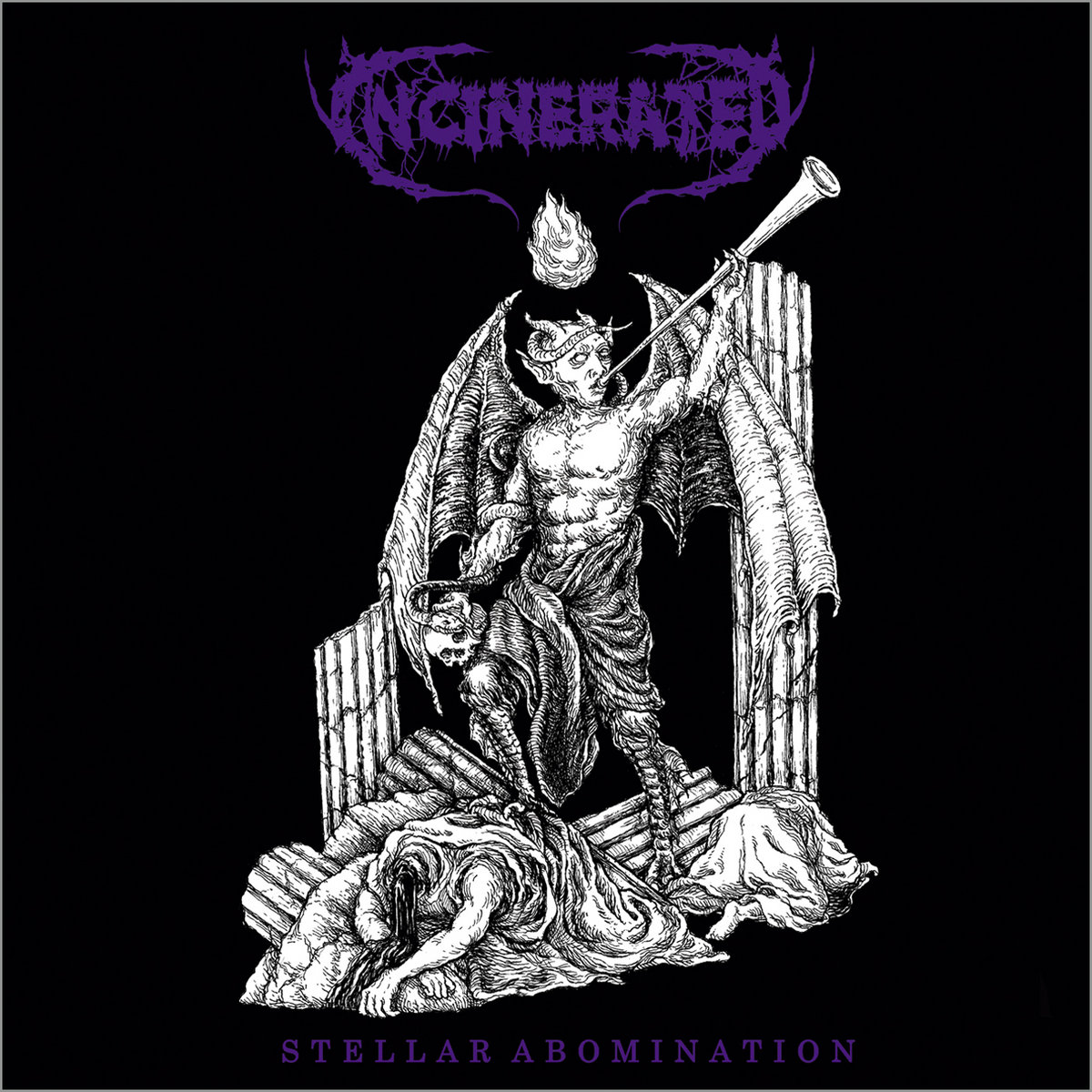 Incinerated was formed in 2014 in Indonesia. They released their first “Demo MMXVI” in October 2016, and one year later, their debut EP “Enshrine in Chaos” was published by UK based label Cavernous Records. 2020 marks the time of their debut full length “Stellar Abomination”, released through Black Seed Productions.

What do we got? Black/Death Metal, face melting, catchy, atmospheric, all in one. You still wish bands would pay more attention to the song writing? You like bands, like in the old 80s and early 90s who mixed genres like Black/Thrash/Death? Well, here you go!

Old Morbid Angel, Ofermod, Impiety, Throneum, Degial and the likes, If you dig this stuff Incinerated are your next purchase! “Fleshtemple Sanctify” and “Bringer of Phalanx” are strong Morbid Angel inspired tracks, although the latter finishes with a more Scandinavian riff, excellent! Those octavated chords, chaotic tremolo chord riffing, blastbeats, grooves, eerie atmosphere, a certain catchiness and raspy vocals, more like a mix of Erik from Watain and Shaitan from Impiety.

“The Accuser” is even an instrumental/acoustic track which is well written and gives you a moment to breath before “Doom Legion” kicks in and awaits with some ripping riffs (Azagthoth omnipresent).

The mix of old Death and Black Metal, from riffs to atmospheric is perfect, surely more on the Death side of things but works brilliant.

The production remains raw, filled with some reverb on the vocals, but not buried into “let’s do it as raw and old school as fuck” mix.

Killer debut and exactly the stuff I like! If you dig the aforementioned bands grab this one. (DPF)