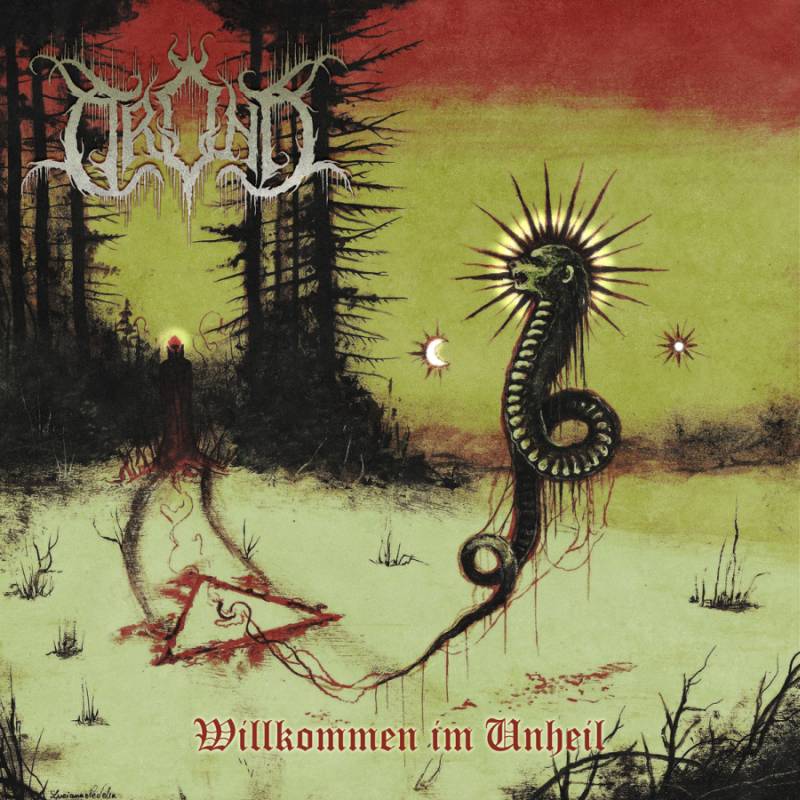 Tino “Fluch“ Thiele is the dark soul of the one man project Trond from Germany. After a short ritualistic intro the war begins and you immediately feel the spirit of true Norwegian Black Metal, especially from the second wave-era.

Raw sound, tremolo guitars, blast beat drumming and a voice crying out for a pagan war are the ingredients of this beautiful dark piece of devilish music. In the powerful sound wall there are hiding some dark melodies here and there, therefor the songs don’t get boring.

All in all a very traditional album with some new musical elements in it as the 10 tracks have a modern touch in terms of composition. But in the end it‘s simply traditional raw Black Metal written in 2019. Just perfect.

If you are a fan of the traditional raw sound, grap this record and let the war begin. (HaCeBo)