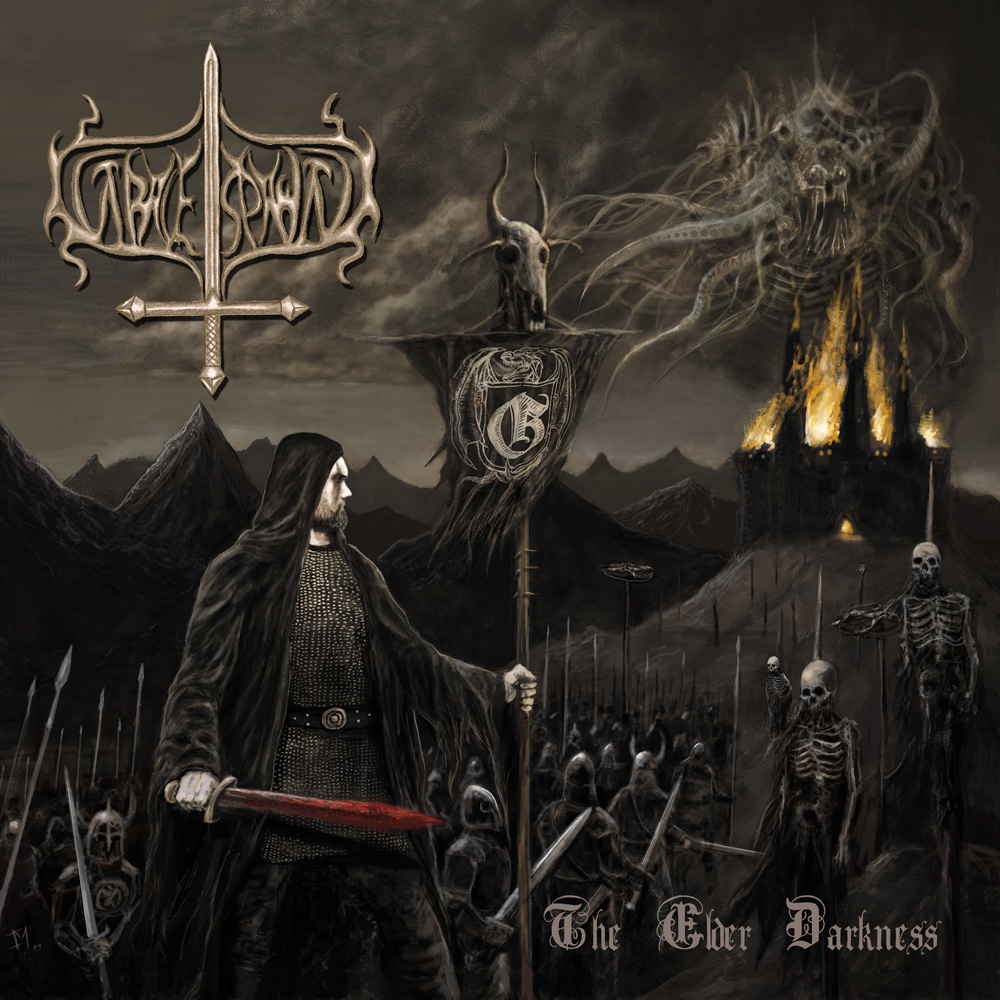 The third full-length by Reaver under the banner of Gravespawn from the US of A and the first one released by Satanath Records.

If you’re not a fan of his earlier work, I do would like to say to put your gut feelings aside and give this one spin, as “The Elder Darkness” turns out to be a decent Second Wave influenced Black Metal album which got a nice melodic touch and epic atmosphere (sometimes a bit medieval even) due to the keys, yet done in the right amount without getting bombastic or symphonic. Even Slayer’s “Die by the Sword” got a Gravespawn treatment, but I think he went a bit too far during the chorus.

Second Wave Black Metal with a little Reaver-twist, not a bad album at all.  (Ricardo)