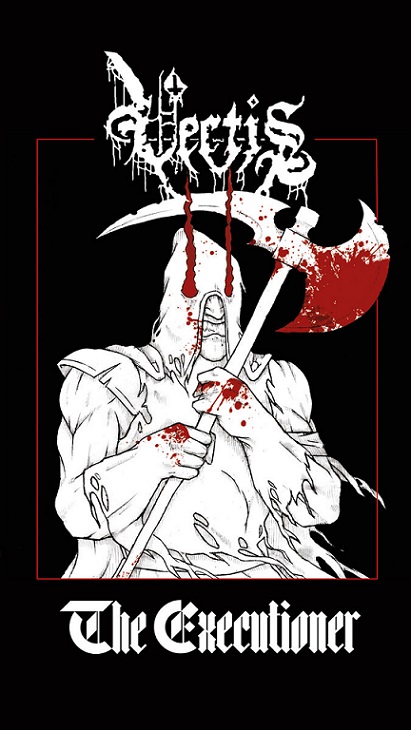 Like most of the readers – the ones born in the 80s, at least – I was introduced to Heavy Metal through Thrash Metal and the bigger names of Traditional Heavy Metal. As a kid, used to bang my head to the likes of Queen, The Beatles, Creedence Clearwater Revival, Led Zeppelin and many more, discovering the Hard Rock of Guns n’ Roses, was the kickstart to bigger things… and there was no turning back!

Megadeth was the catalyst, I dare say. They are, to this day, my favourite Thrash Metal band, but not my favourite Thrash Metal School. I was never into the way the Americans Thrashed! Slayer is mandatory – up until “Reign in Blood”… but hey, hate me – and Metallica, in a way, the same… but the likes of Testament, Anthrax or Dark Angel, just to name the bigger names, never did a thing for me. I was always more of a European Thrash guy. Sodom, Destruction, Poison… or maybe a German Thrash guy ahahah and please, do not forget Venom (and Motorhead)!

But moving on… I quickly evolved into other subgenres of Heavy Metal, and Thrash was left all alone, in a corner but, a few years ago – more than 10, I dare say – a new Thrash Revolution occurred and many good bands spawned from it: Midnight and Toxic Holocaust are, by far, the names that still make me raise my fist and scream ahahah beer in hand and white basketball sneakers, ah! But, like any other cultural revolution, a lot of rubbish came to shore…

And what is, in reality, my intention with so much chit-chat? To introduce Portugal’s new Thrash Metal force…: Vectis! “Why the excitement, Danny?” You may ask, and I shall answer: for many years Portugal was seen as orphan, when it came to Thrash Metal – the good one, at least. Thrash is probably the genre that appeals to most people: fast, fun, loud… but not all Thrash Metal appeals to your scribe. As referred before, I like my Thrash old, Old School Thrash Metal! Bullet belts and Kuttes! Reeking of Sodom and Venom, that is my Thrash Metal! And are these kids, because they really are kids (around their 20s, I think…), the salvation for Portuguese Old School Thrash Metal? I wouldn’t bet all my chips on them – a 3 song + intro Demo is not enough to prove your value – but hell fucking yeah, they have the spirit… and the bullet belts ahahah!

They have the solos, they have the ravishing and thundering pace, they have the punkish drumming… they even have something very similar to “a Tom G Warrior”* to kick off their first tune! CAN IT BE MORE OLD SCHOOL THAN THIS?! Fuck… I loved it! It is rather short, but that is because it is really easy to listen to. The tunes just start dropping one after the other, with energy and power! The production is spot on… which also helps create that atmosphere of old and dirty.

If you are into Thrash Metal… the real one, the one that started this whole thing, give Vectis a try! Not saying this because they are Portuguese or because I really fancy their music! No, I am saying it because they are really worth your time. So, get that beer off the refrigerator, sit back and enjoy the ride… the 80s are calling, and you gotta go!

*If you are still trying to figure out what “a Tom G Warrior” is… you came to the wrong zine, I am afraid… (DanielP)