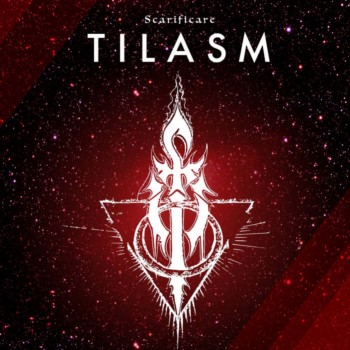 I first heard of Scarificare around 2010 through “Perpectual Decline”, the band’s 1st album. At the time it didn’t leave much of a dent, truth be told, so I didn’t follow the band’s 2nd Work (“Postulate”, 2013). By 2018 the band published their 3rd LP – “Tilasm” – and it sparked a new interest in the band, for me. “Tilasm” is a huge musical growth since “Perpetual Decline”.

A much more mature band and much more attentive to the small details in each of the songs. Coming from a Black Metal sound that was nothing more than just Melodic Black Metal, the band now has a much more diverse and rich sound. “Tilasm” is undoubtedly one of the best national albums released last year.

This time Scarificare’s Black Metal is not limited to lines/barriers, seeking influence in a much more Progressive sound – hey, Enslaved fans? Follow! – or to a more melodic Death Metal – those who appreciate Opeth could find points of interest here – thus creating a very interesting hybrid. The addition of melodic vocals gives the songs a superb flow and consistency. “Crystal Skull”, opening the album, which marks the direction in which this work will go.

The band has not lost an ounce of weight, it has simply managed to direct it in a very successful manner: short guitar solos full of melody, moments of clean vocals – yes, I mentioned it before, but it pleased me immensely – and acoustic details… in Black Metal! Hell, these gentlemen don’t have the exposure they deserved, unfortunately.

It’s Melodic Black Metal, after all, but it is, nonetheless, very well built and achieved, and the band never loses that point of reference!

In short, “Tilasm” is yet another demonstration of the strength and creative ability of what the Portugueses has to offer andthat it has the tools to shoulder with what done around the world. (DanielP)