Rogga Johansson – Entrance to the Otherwhere 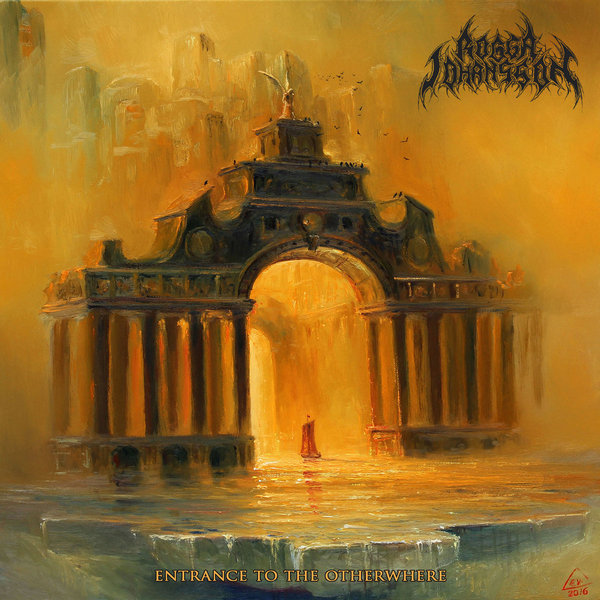 Rogga Johansson, the Swedish one-man Death Metal machine behind such great acts such as Paganizer, The Grotesquery, Humanity Delete, et al, has just released his adventurous second full-length solo album, “Entrance to the Otherwhere” (released July 19, 2019). It picks up from where Johansson’s 2017 debut “Garpedans” left off, capturing its familiar sound and lyrical slant, yet exploring more of his orchestral and progressive side.

Although it’s not as Death Metal-y as his “band” releases, it’s a vast musical journey with innovative/progressive Death Metal elements. As always on most of his releases, Johansson handles everything except drums, which were manned by longtime collaborator Brynjar Helgetun (Johansson & Speckmann, The Grotesquery). His songwriting skills are second to none, as he proves it on almost every single release he’s involved with.

The mid-paced, melodically-layered riffs of “The Re-emergers” kicks off the record proving to be a great start to the album. It’s followed by “Till Bergets Puls” with its huge hook displayed by its infectious keyboard melodies grabs the listener. In fact, there seems to be one gigantic earworm in each track. His approach to the Swedeath formula is somewhat similar to Amon Amarth, most notably on “When The Otherwhere Opens.”

Johansson’s riffs are interesting and catchy, while his vocals are brutal gurgles, yet discernible and inviting. Somber and melancholic atmospheres are also de rigeur throughout the album.

“Entrance to the Otherwhere” isn’t perfect, but damn near close. The downside of the album is that there’s not really any memorable/chant-able choruses to sing along to. However, with a booming, robust production from Johansson himself, and a fantastic cover painting by the worldly Polish surrealist Mariusz Lewandowski, “Entrance to the Otherwhere” is one dynamic Death Metal album. (KaosSimms)