Ultra Silvam – The Sanctity of Death 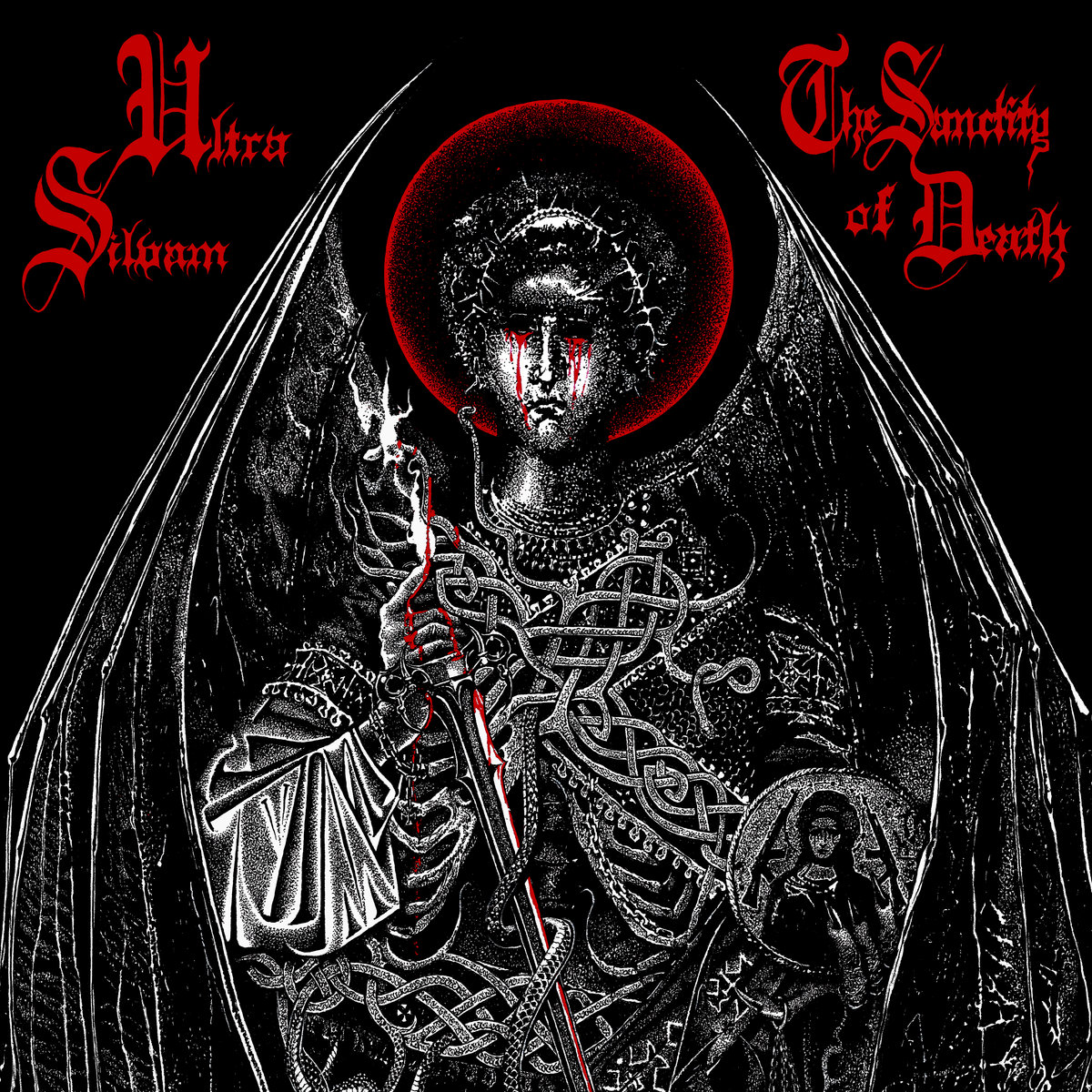 That Ultra Silvam was a band to watch out for was immediately clear after first hearing their self-titled demo. The band effortlessly combined a ferocious untamed Black Metal fury with strong Thrashy melodies, in a sound that approached something like Watain on their ‘Rabid Death’s Curse’ and ‘Casus Luciferi’ albums combined with NIfelheim. Needless to say, the expectations were high for their debut album ‘The Spearwound Salvation’. And while many bands fail to deliver when expectations are high, the debut Ultra Silvam record didn’t disappoint at all and proved to be a great slab of wild and melodic Black Metal that easily transitioned to the longplayer format. Three years have passed since that release, and the world has had time to brace for the arrival of ‘The Sanctity of Death’.

Much like the previous record, ‘The Sanctity of Death’ is a rabid assault to your senses and it has much of the savage nature of ‘The Spearwound Salvation’. For instance, a song such as ‘Incarnation Reverse’ could have very well been included on the previous album. But some things are different as well. First of all, the guitar sound is a little bit less raw and a bit more Thrashy rather than Black. This makes perfect sense since the songwriting has also shifted to include more Thrashier elements and melodies. So, while ‘The Spearwound Salvation’ was Watain mixed with some Nifelheim, ‘The Sanctity of Death’ leans more towards the opposite. That by itself is far from a problem and works really well in tracks like ‘Sodom Vises Himlafärd’ or ‘Förintelsens Andeväsen Del II: Den Deicidala Transsubstantiationens Mysterium’ which both have a lot of Heavy Metal elements on top of being fierce and raw. Sometimes the music is almost too intense, for instance early in ‘Of Molded Bread and Rotten Wine’, where the fast drums and melodic leads strongly contrast each other. And although the overall vocal performance is excellent, I’m not sure if the off-sounding clean vocals on in particular ‘Dies Irae’ were such a good idea.

Yes, I personally prefer ‘The Spearwound Salvation’ since to me it filled a gap in Black Metal left by bands that moved on. But despite that preference and some of the remarks I mentioned above, ‘The Sanctity of Death’ is an interesting and violent Black /Thrash Metal record. Ultra Silvam managed to combine Thrash and Heavy Metal melodies with Black Metal in a ferocious and intense mixture that is worth a few thorough listens to those that appreciate bands like Nifelheim and early Watain. (VincentP)