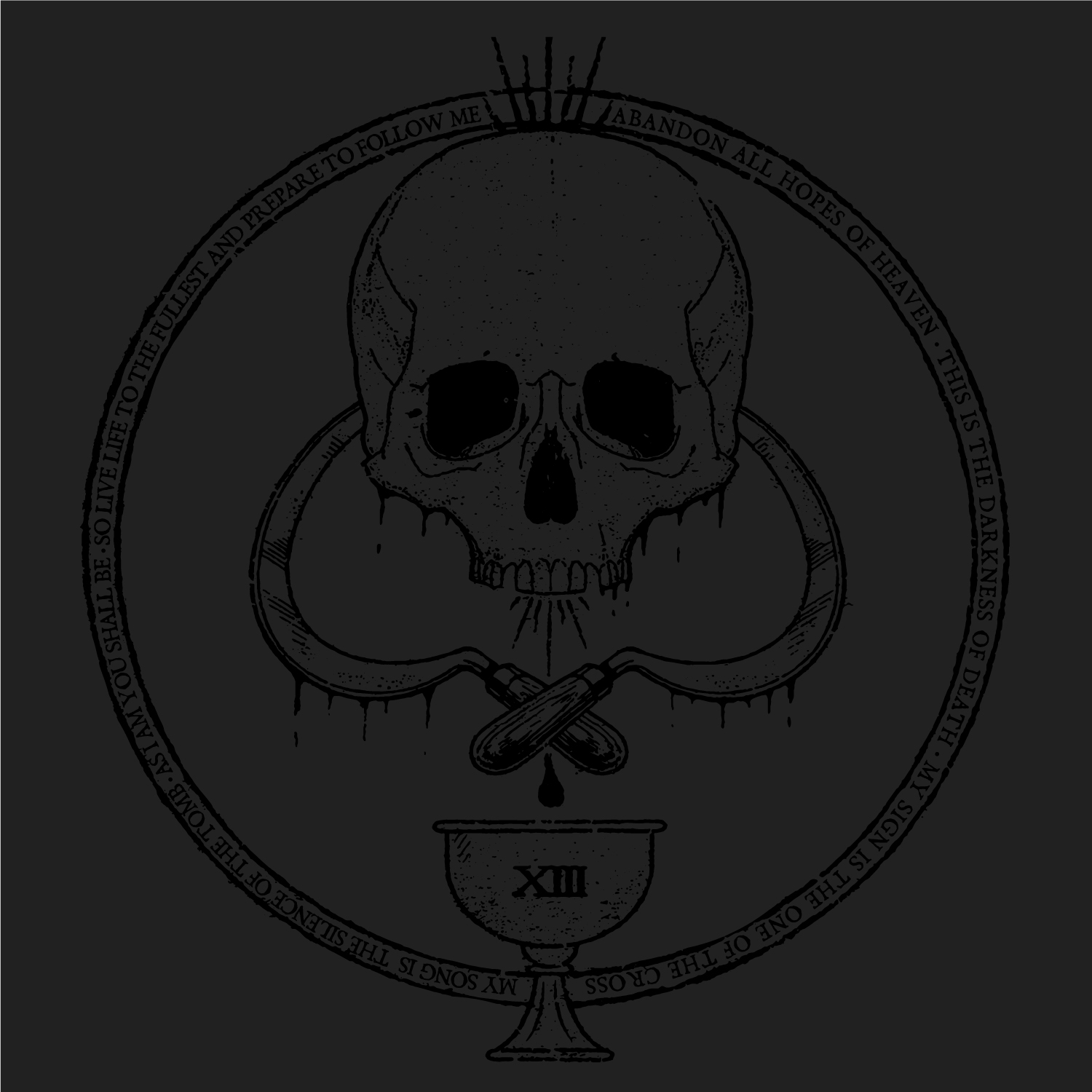 The first years of Ritual Death were quite productive. The band was formed in 2016 as yet another product of the phenomenal Trondheim Black Metal scene by Wraath (Behexen, Fides Inversa, Beyond Man, ex-One Tail, One Head and many more), Nosophoros (Dark Sonority and Mare, amongst others) and H. Tvedt (Dark Sonority, ex-Kaosritual). During the first two years after inception the band produced a 7” EP, a split with 13th Moon, a split with Aosoth and a 10” mLP, all released by Terratur Possessions. Since those releases the band added a permanent bass player in Lord Nathas of Fides Inversa, Funeral Harvest and a few more bands. Given that early productivity it’s somewhat surprising that it took four years until the release of the first full-length. Perhaps equally surprising, it’s not Terratur Possesions, but Shadow Records that releases the Ritual Death debut album, simply titled ‘Ritual Death’ (clearly the band’s favourite title, as the 7” EP and 10” mLP were both self-titled as well).

On the previous releases Ritual Death certainly had quite a different sound from most other Trondheim bands. What set the sound of Ritual Death apart was a Death Metal sound to the guitars with accompanying tuning, mixed with a Black Metal atmosphere and organs. On their debut album, most of this is still intact, although probably the organs have been given a more prominent role in the music, much to the benefit of the atmosphere. A track like ‘Lunae’ is laden with organs, which makes it a truly unsettling and ominous song. As a whole, the Death Metal elements seem a little bit less obvious but far from gone. In a track like ‘Salome’s Dance’ they manifest themselves in riffs that remind me of Teitanblood, while ‘Darkness of Death’ has a touch of Necros Christos. A song like ‘Vermin’ is more straightforward, bareboned and ritualistic, while ‘Black Metal Terror’ essentially combines all of the above. The absolute album highlight however is ‘Nothingness Without Emptiness Within’, a track that mixes the traditional with the occult into a truly sinister album closer. The atmosphere is the real winner on the album, it’s a truly dark and intriguing listening experience that sounds cohesive and easily the best work of the band so far.

I had forgotten a little bit about the band in the years that they were working on ‘Ritual Death’. Listening back to those early releases it’s not hard to hear the potential of the band. But on the debut album, they have truly taken that potential to new heights. This is a pretty unique sounding exercise of ritualistic, Death Metal-infused Black Metal, well worth your time and attention.