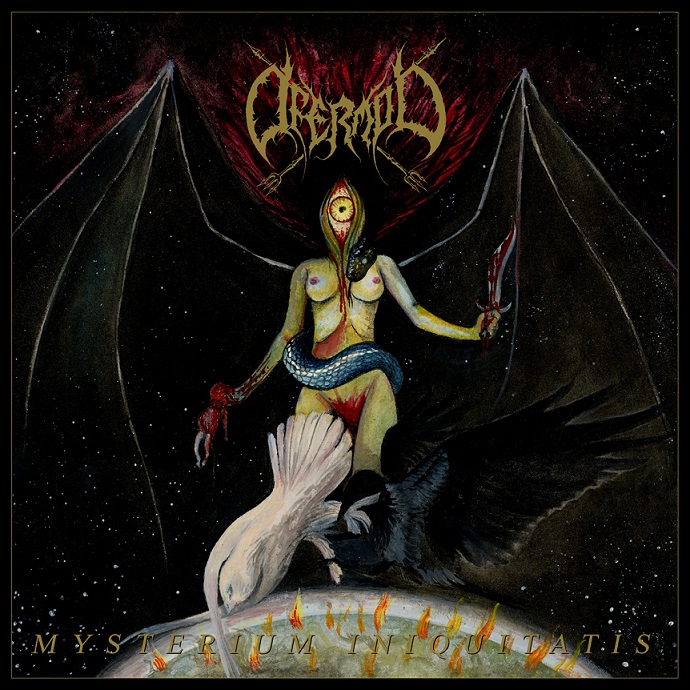 In the review for ‘Pentagrammaton’ on our pages, my colleague already spent a few words on Ofermod. It is hard to introduce a band with such a valuable legacy, but the opening words of that specific review is pretty accurate: “Orthodox Black Metal would not be the same without Ofermod”. That is what I call a textbook understatement.

Mika ‘Belfagor’ Hakola’s role as an important pivot in the (Swedish) Black Metal scene is vastly underexposed and too often underestimated. Not only has his music with Ofermod been the blueprint for a whole new movement within the Swedish scene, with Watain as the main flagship sailing the seas of Belfagor’s musical visions and ideology. His musical influences and being an active practitioner and connoisseur of the occult have led to several collaborations, that’s how he contributed textual (and vocal) to work by celebrated bands such as Marduk, Funeral Mist, Therion and Watain. Ofermod’s list of ex-band members also reads like a who-is-who of the (Swedish) extreme metal scene, with musicians from Malign, Amon Amarth, Ondskapt, Ophthalamia, Reverorum ib Malacht, Mortuus, Teitanblood, Proclamation, Katharsis, Watain, Black Altar and Nargaroth, among many others.

With an impressive discography under his belt, Belfagor has very little left to prove, but it seems that he has the unholy flame inside of him burning again. The impressive discography, by the way, is monumental because of the impact it had on the many bands it influenced, not so much because of its size. Ofermod was started in 1996, but Belfagor has been in and out of prison for various crimes so many times that it held Ofermod back quite regularly. That’s how the debut album wasn’t released until 2008, but in the recent years he seems to be working on new music steadily.

The most recent result is this ‘Mysterium Iniquitatis’. I am writing this review about a year later, so now I can tell that this is the last album to feature long term vocalist Nebiros (also known from the great and equally undervalued Malign) leaving Belfagor alone for all instruments and vocals for future releases. But for now, we can immerse ourselves once more in Nebiros’ uncomfortable-sounding, rough vocals. After all, these are an important part of Ofermod’s musical identity. We’ll have to wait and see how this will work out in the future. Ofermod will release a new EP later this year, then we’ll know. ‘Mysterium Iniquitatis’ is an album that can proudly bear the Ofermod name, it is all about the orthodox second wave Swedish Black Metal, with intricate riffs and enough melodic and slightly experimental elements. The well-placed choirs that grace various songs, almost in a SepticFlesh kind of way, are a perfect example for that. The choir, by the way, is formed by Thomas Eriksson (from the magnificent Griftegård), Lars Broddesson (ex-Marduk and Funeral Mist session drummer) and Thomas Karlsson (an occult publicist and lyricist for Therion). But in the end it is nothing that can be shocking to anyone who is used to listening to Ofermod. As usual it takes a few listens to let everything fully sink in and for those who are starting with Ofermod with this album, it won’t surprise me if Nebiros’ vocals take some time to get used to.

It’s hard to tell how this latest album compares to the rest of the Ofermod discography. It has rather impressive predecessors, especially the first albums are highly regarded and I personally was very pleased with ‘Sol Nox’ (2017, Shadow Records) too. I don’t think ‘Mysterium Iniquitatis’ might top the favourites lists, but I’m sure no Ofermod aficionados will be disappointed. And I didn’t even mention the near-perfect production, courtesy of Magnus ‘Devo’ Andersson (ex-Marduk) and the great artwork by John Albin Hampus Ekberg. In recent years Belfagor has extended the Ofermod discography quite rapidly and with a new EP in sight, I can only hope that he will keep pouring his black art into our ears for many more years.