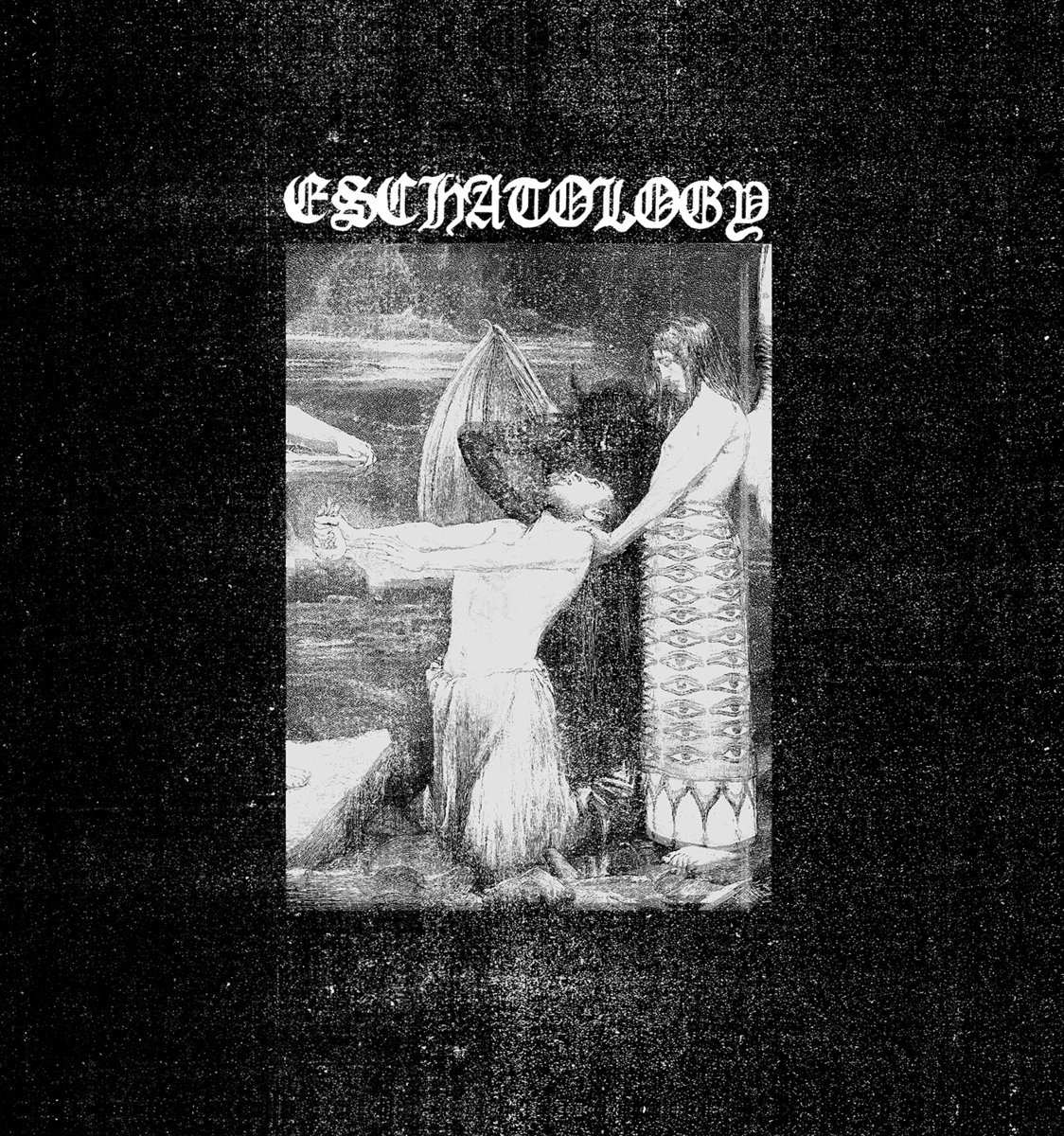 Music brings people from all over the world together. In the case of Eschatology, this unites a Swedish Black Metal guitar player, a fellow countryman that earned his marks in the Swedish Death Metal scene and a drummer from Poland. Eschatology is the joint effort of riffmaster J.K. of the great Craft, former God Macabre and Mordbrand member B.L and drummer and vocalist The Fall of amongst others Ashes, Owls Woods Graves and Mgła (as live member). In 2022 they presented their first recording, a self-titled EP, on Shadow Records.

While the members come from slightly different background, the combined project is quite more straightforward, at least at first glance. While guitar player J.K.’s signature grooving riffs that he so often displayed in Craft surface from time to time, it’s safe to say that Eschatology threads on somewhat different paths. Instead, the band plays the sort of Black Metal that features raw gritty guitars, a rumbling bass, drums that are more creative than blasting and vocals that vary from harsh growls to the occasional chant. Firmly based on old school Black Metal, in a lot of ways there is a certain Nidrosian vibe to the music, not that different from for instance One Tail, One Head. Eschatalogy emphasizes an unsettling atmosphere, at times through atonal background riffs or unnerving keyboards, other times through minimal hypnotising melodies and a suffocating bass sound but one thing is clear: the music is uniformly disturbing. That the music is unpredictable lingers throughout the songs. Riffs might be intentionally minimal, but the drums are very creative, something drummer The Fall has also shown with his other bands. It gives it a bit of that trademark Polish drum sound that’s not focussed on a blistering double bass speed but much more on dynamics. That The Fall is a great drummer was clear, but the vocals he performs on ‘Eschatology’ are equally impressive and contribute to the morbid sound. On the final track he is assisted by Dawn vocalist Henke Forss, whose signature shrieks are immediately clear as soon as the track starts. The song takes a slightly more riff-heavy approach, but the trademark lurking bass sound and ever-changing drums make it fit effortlessly with the rest of the material.

Altogether, the first EP by Eschatology is an interesting listen. It took me a few listens to click since there’s a lot of things happening subtly in the background, but once it did it left me quite impressed. Recommended if you like your Black Metal uncomfortable, contrary and unsettling.