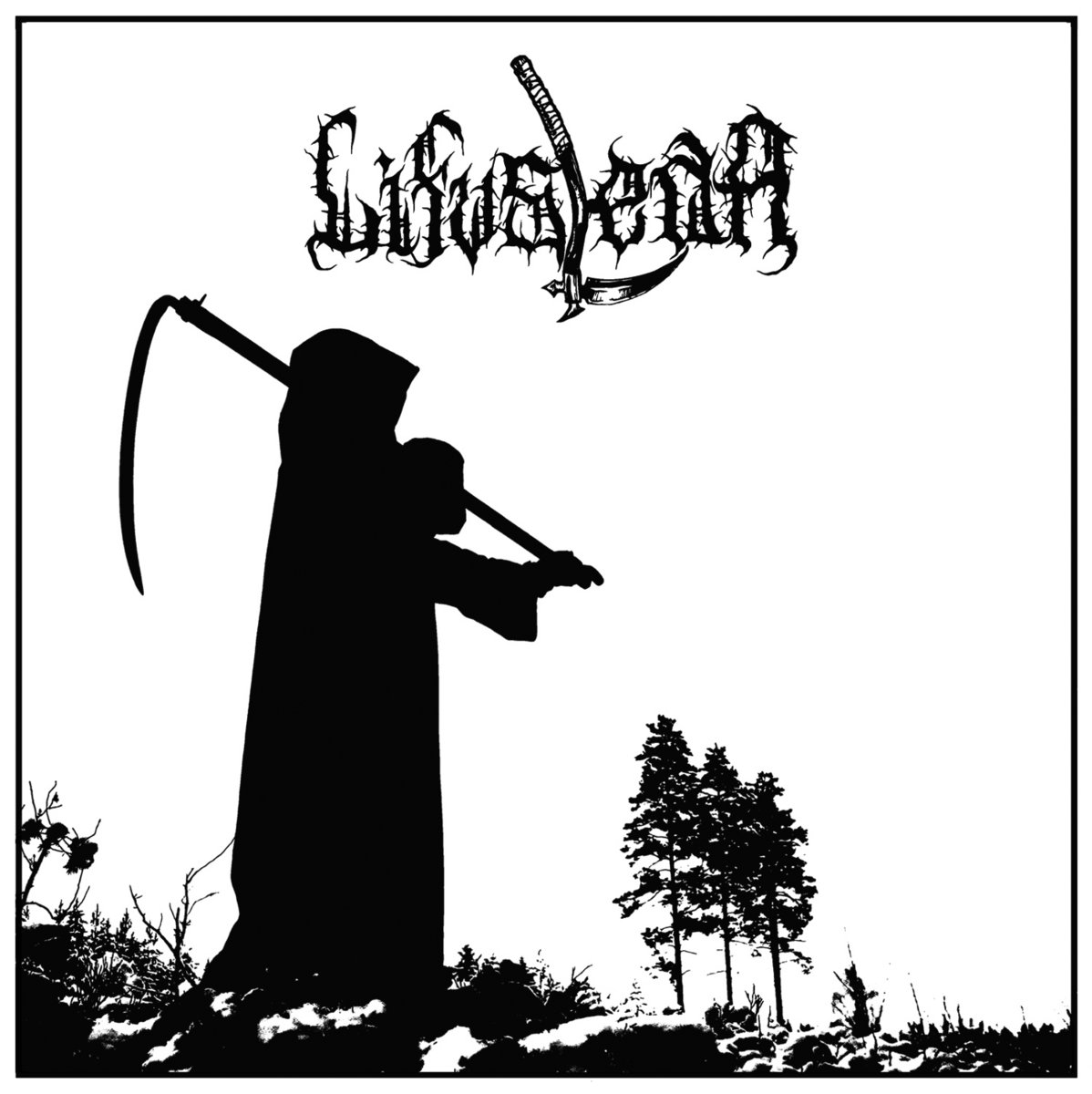 Lifvsleda was formed in 2019, but apart from the fact that the two members were veterans of the Swedish Black Metal scene, not much was known. Later, it became clear that one of the members is Nattfursth, vocalist of Sorhin and co-owner of the now defunct Svartvintras label. Instead of that label, the first release of Lifvsleda, the EP ‘Manifest MMXIX’, was released on the Swedish Shadow Records. And it’s the same label that released the debut album of the band, 2020’s ‘Det Besegrade Lifvet’.

Now that it became clear that Nattfursth is involved in Lifvsleda, it is not hard to hear the strong similarities between his cracking raw shrieks heard on for instance Sorhin’s ‘Apokalypsens Ängel’ album and the material presented on ‘Det Besegrade Lifvet’. And similarities with Sorhin do not end here, even though Lifvsleda is far from a Sorhin copy. There’s also quite a bit of an Armagedda vibe going on, and maybe here and there a touch of Shining (but less wailing and with more tempo). And with an album title translating to ‘The Defeated Life’ a depressive and melancholic undertone can’t be denied, although I wouldn’t go as far as putting the depressive Black Metal stamp on ‘Det Besegrade Lifvet’. In ‘I Fjärran Jord Begrafvd’ we are quickly greeted with melodic leads that are not unlike for instance Dissection, and the altogether description of this Lifvsleda debut is very decisively mid to late 90’s Swedish Black Metal. This may not come as a surprise since the members are veterans of the Swedish scene. Just as high quality level of their debut album should not come as a surprise. The individuals behind Lifvsleda are excellent songwriters, and even in a scene that became saturated at a certain point they have found a much welcome niche in which they shine with a sound of their own. The pace is often furious and the vocals are intense but a sense of melody is never lost while accents like a captivating layer of acoustics in ‘Intet’ or the slightly dissonant touches of ‘Vederkvickelse’ are just some of the many examples of an excellently crafted debut album.

With an at first glance strikingly atypical white cover, I’m a bit surprised I missed this album initially. It might have to do with the label, which I value as an excellent Black Metal powerhouse but the distribution to my favourite distros is a bit lacking. It certainly doesn’t have anything to do with the material on ‘Det Besegrade Lifvet’, and I’m sure that those who treasure the Swedish Black Metal scene of the 90’s will instantly click with what Lifvsleda is doing.