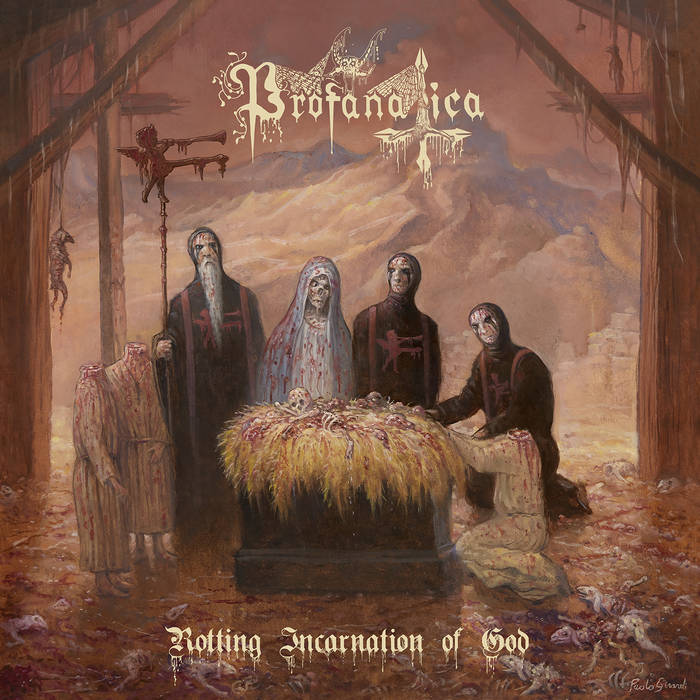 Profanatica will celebrate their 30th anniversary since their inception next year, and is there a better way to celebrate than with a new album? I don`t think so. “Rotting Incarnation of God” is the newest opus and as the title might suggest, Profanatica aren`t changing views and style I guess… after the reunion constantly bashing and proclaiming blasphemies against the holy one in the Profanatica style. Which means, ugly, rotten metal of death, straight, simplistic, no bull shit and heavy.

Now under the banner of Season of Mist and armed with a Paolo Girardi cover, Profanatica deliver a very dark record, with lots of eerie melodies and doomy stuff that accompany their up tempo beats and crushing moments who awakens the dead from their graves. In the more minimalistic approach of the band, the new songs seem to have more variation, or at least the record in its entirety seems to be so. The production is the best balanced and most modern to date (in a good way, If you ask me) and gives the songs this little extra, more space to breath.

Nothing ground-breaking here, but it`s Profanatica, didn`t expect that right? Fans of rotten metal of death should check the new album as it might appeal to you. Modern gringos, stay away. (DPF)