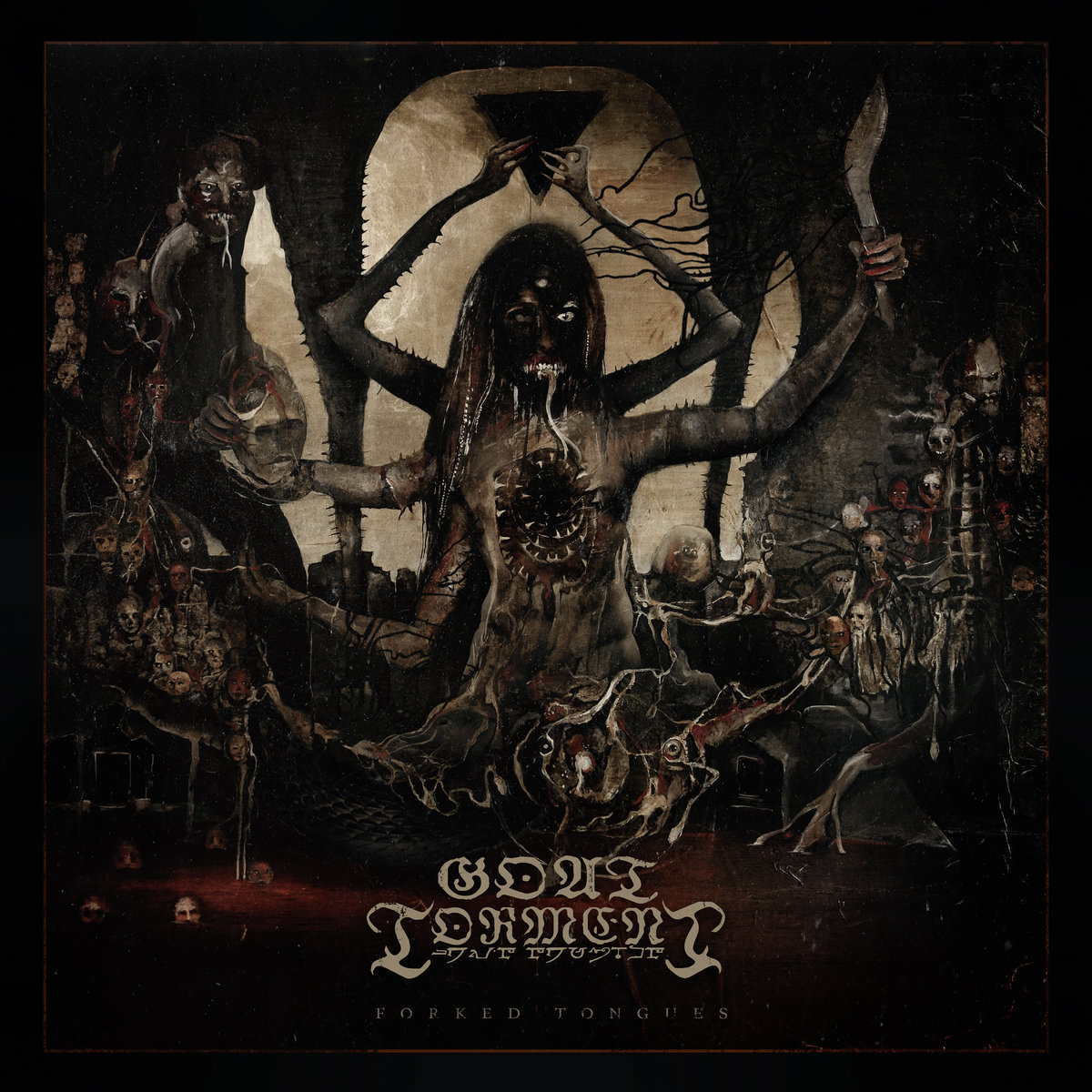 I still vividly remember the first time I saw Goat Torment live. It was 2016, when a small one-time Black Metal festival called Odium Nostrum was held in Utrecht, The Netherlands. On a bill that included amongst others Inquisition and Countess was Belgium’s Goat Torment. Once their show started, it didn’t take long to be completely blown away by the intensity of their set, to such an extent that the first thing I did was purchase all their available records. The band continued to impress at live shows in the years that followed and moved from the respected underground label Amor Fati Productions to the Season of Mist sublabel Underground Activists. A follow-up to their 2015 sophomore album ‘Sermons to Death’ took a while, however, and was finally released in 2021.

The latest Goat Torment album has been baptized ‘Forked Tongues’ and features nine blasphemous Black Metal tracks. Even though the band has been reduced to a two-piece, the members that impact the sound the most are still present: Original member Kwel’s guitar work and vocals complemented with the blasting drumming of Torturer immediately sound familiar to those that have delved into the Black Metal of Goat Torment before. A track like ‘Forked Tongues’ is an excellent example of the ferocious style of the band and a clear continuation of the work from their prior albums. The opening riff of ‘Disorder and Disruption’ has a Morbid Angel vibe, something that blends flawlessly with the sound of the band that already has quite a bit of Death Metal to it. And overall, the album seems to have a few more solos than the previous works, which is obvious in a track like ‘Cursed’ that combines the patented fury with some more melody.  The production is a bit clearer and less gritty than before, but otherwise much has remained the same. However, I must admit that in some parts of the songs the sound is little bit too thin. This is something I’ve noticed mostly on their records, and it’s also immediately my main reservation with this album, and the band’s discography for that matter. Goat Torment is a hurricane when it comes to the live setting, but the storm calms down quite a bit on record.

In a lot of ways ‘Forked Tongues’ is exactly the album that those that appreciate Goat Torment are waiting for. It has all the fury and adds some interesting twists that keep the sound fresh. The album itself is a strong representation of what the band stands for. I just wish it had the same intensity as the live shows.