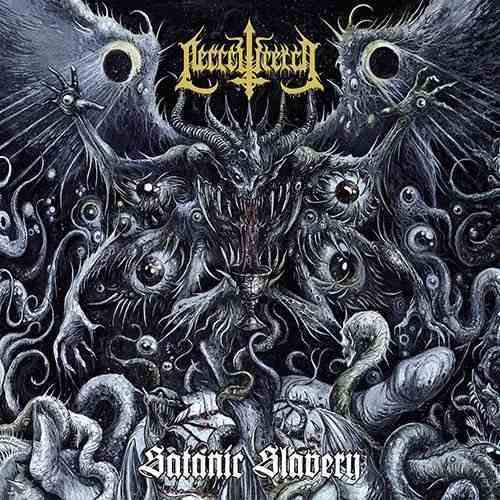 One year before completing their first decade of existence and after a considerable amount of extremely high-quality releases, Necrowretch are back with their new full length (the band’s third), “Satanic Slavery”. The album was released by Season of Mist Underground Activists in several physical formats (and several vinyl colours, with a red version exclusively available directly from the band) after a fertile period with Century Media and the band makes sure the world knows their sound is still as aggressive and fast as ever! With a new lineup (Desecrator, Vlad, Ilmar, Malik), the eight-track opus is their strongest and better produced album so far. The drumming and rhythm section is absolutely head-crushing, leaving nothing standing up. The guitars are perfect for the overall atmosphere, as is Vlad’s devilish vocal style! Any fan of their previous work will quickly identify the band’s trademark sound on the very first riff and won’t be disappointed. New fans should quickly listen to this beast and make sure they get familiar with their already extensive discography. (Antonio)