Drudkh – They Often See Dreams About the Spring 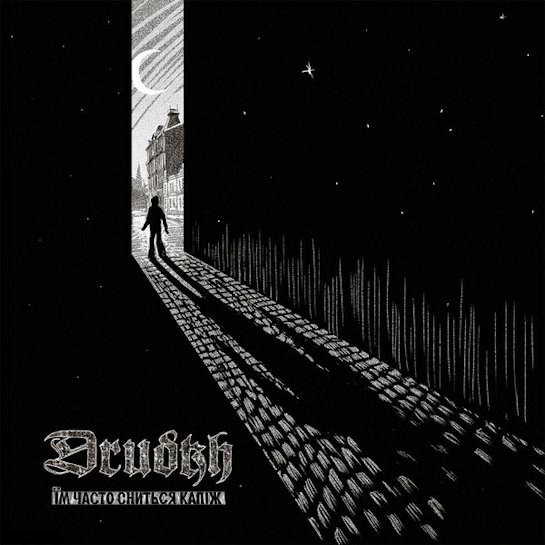 Shall we skip the introduction and go straight to the music? I mean…it’s not the first time we reviewed Drudkh, eh? After the “post” detour on “Handful of Stars”, Drudkh went back to their Slavonic Atmospheric Black on the “Eternal Turn of the Wheel” and “A Furrow Cut Short” albums with great songs like “When Gods Leave Their Emerald Halls (August)” and “Cursed Sons I” of those albums. Still, not everyone were that positive about those albums, calling it “repeating” themselves or boring even. As I’m not one of those who have that opinion I have enjoyed those albums a lot and enjoying them still. So when the first tracks of “They Often See Dreams About the Spring” went online by Season of Mist, it was certainly one of those “have they changed?” moments? And although their parts on the “Betrayed by the Sun) / Hägringar (Mirages)” split with Grift and “(Somewhere Sadness Wanders) / Schnee (IV)” split with Paysage d’Hiver didn’t give any hints of a style change, you never know…artists and their artistic “feelings”, right?

After a few seconds I already know, I’m in for an icy yet ethereal treat! All and everything which makes Drudkh so great are present. Be it the riffs, the melodies, the song structures…after hearing the opening track “Накрита неба бурим дахом…” you can already add “once again a magnificent Drudkh album” to their trophy list. Boring? It grabs me from the very first second till the very last. I will not argue if they already have made their best album, but just be glad there are still acts around that can keep on delivering quality. (Ricardo)