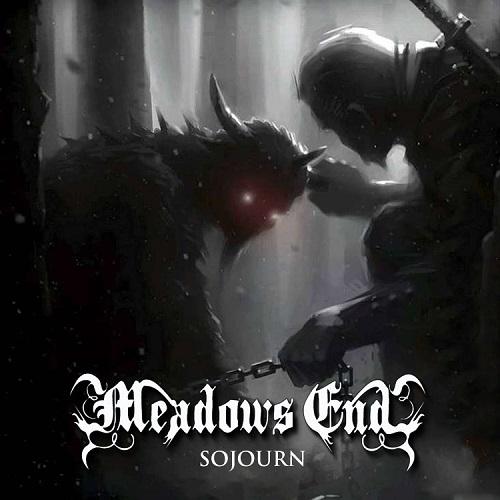 I didn’t know much about this band for a large part of my life, mainly because I wasn’t that into Melodic or Symphonic or whatever you want to call it Death Metal. Not that I didn’t like it, I am a huge fan now, just that I tended to stick to more Thrash and Death type stuff out of habit. After being introduced to Be’lakor and In Mourning, I decided that I needed more of this stuff in my life just for those times when I was feeling particularly cheery, and so the hunt began. I think I found these guys by accident, they popped up in a recommendation or something, and the minute I saw that cover, I knew I had to at least give it a chance, check it out for yourself, the artwork is simply superb.

This then brings in the old ‘Never judge a book by it’s cover’ thingy, often albums with fantastic covers are utter shite, and some of the most ridiculous looking ones are sensational when you hit play, so hit play I did, and disappointed I was not.Indeed,a lot like the aforementioned bands, and maybe chuck in a bit of the power of Amon Amarth and co, and some darned good Skyclad-esque folk passages, and the world’s biggest orchestra, Meadows End are simply massive. Add this to their first two releases, 2010’s “Ode To Quietus” and 2014’s “The Sufferwell”, and you have quite a powerful bunch of statements from these guys. This one, “Sojourn” is actually a bunch of older stuff they did in their demo days and decided to resurrect. It was initially released in around 2016,and then they decided to grab it by the horns again and re-release it with some changes. All too much to go into, so let’s not bother, lets just focus on the here and the now.

13 songs of quintessential Melodic/Symphonic Death Metal await you, the listener. I’m not going to say that they have re-written the rule book on this re-release, but they have a really solid product going here, and it is to be paid much respect. This could quite easily be the soundtrack to the most awesome fantasy movie ever, the cover as stated puts one in that mind from the very beginning, and the musical prowess of Meadows End is not at all to be questioned. Standouts like “Heathen’s Embrace” which brings the full ‘dance around a maypole then kill some godless fuckers’ feel to the party, “End Of Fallens”, as pretty much as big of a kick in the seat of the pants as this album can deliver (well, so is “My Leading Command” so I will just shut up now), and “Clench the Feet of Fools”, which is all about making the piano cool again and being as epic as all buggery are simply gorgeous numbers. The biggest and best part of the whole album is that every song is delivered with such conviction and intent that you are sucked straight into the world that these fine chaps have decided to gift us with. To take old songs, re-craft them, and then jigger with them some more shows a hell of a lot of faith in, and dedication to, your work. I salute Meadows End for being such perfectionists. Sweden and this kind of music go hand in hand like cheese and burgers, mops and buckets, and meatballs with gravy. Sure, lots of other cool bands come from there, but a lot of them follow this path, and that’s a good thing. Don’t let the Symphonic bit put you off, these glorious bastards still cave in skulls by no uncertain terms. Crushing, melodic, thoughtful, and endearing to the soul in a fantastic way. That’s a yes from me. (The Great Mackintosh)