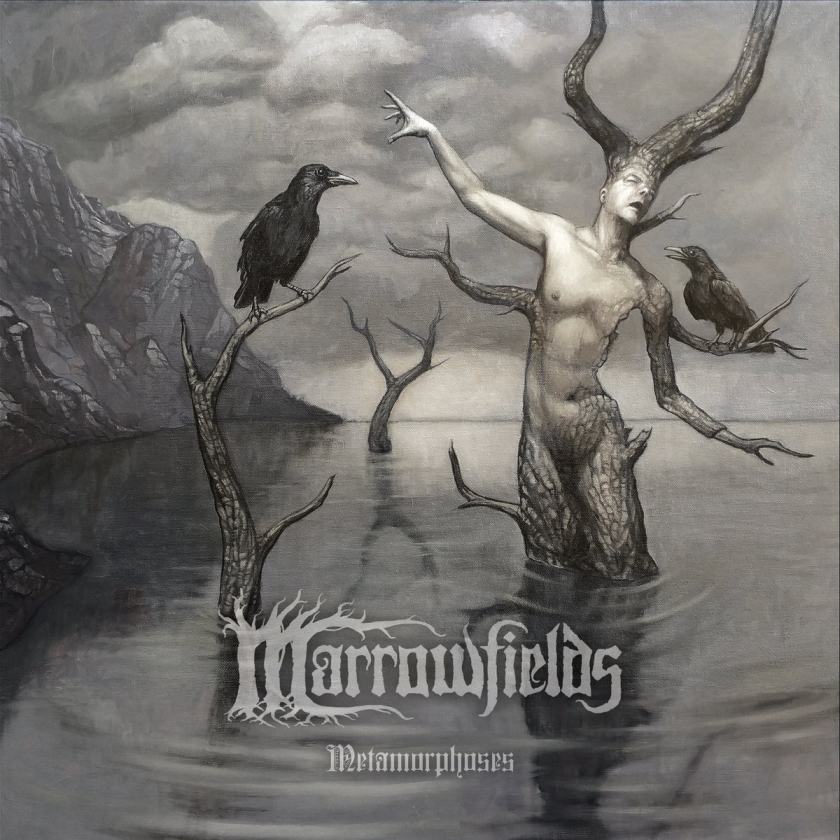 Marrowfields from Massachusetts play atmospheric epic Doom Metal and with “Metamorphoses” they present their debut album.

This debut is far away from a simple doomy song writing consisting of repeating melodies and refrains. Especially during the first track „The flood“ there are many, many tempo changes. Other Doom metal bands don‘t have that many in their whole discography.

All in all the musicians do a great job, above all the drummer is doing very well. The complex songwriting is definitely a huge plus but unfortunately there is a negative touch to it. Sometimes it‘s a little bit aimless and that‘s why the songs sometimes get boring. „Birth of the Liberator“ starts with a very thrilling riffing, then after a little while it loses itself in a doomy eternity.

Nevertheless the ideas are great and worth a listen. In particular every Doom Metal fan should give Marrowfields a try. (HaCeBo)