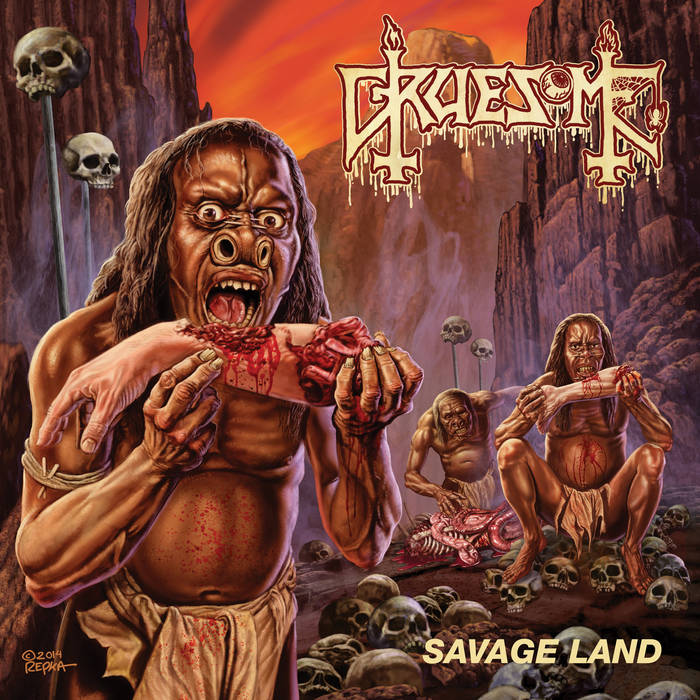 After hearing, and reviewing, the two track promo I already thought there will be people who will embrace it because of the nostalgia factor and people who will have a huge aversion towards this because of the nostalgia. I’ve heard a lot of Death-like bands or albums, but I’m pretty sure this is probably the most flawless homage of Death I have ever heard. And to cut a long story short, I’m one of the “embrace” kind. I really don’t understand some people say things like “If Chuck was still alive, he would disapprove it!”. Yeah…sure…! Matt Harvey was part of the Death To All touring group, playing Death songs with former Death members and one can imagine it influenced his motive to start Gruesome. Along with members of Derketa and Possessed as well as with another Death To All touring member, they created the bonus album of “Leprosy”. A “these tracks didn’t make it on the actual album, but they are way too good to leave it on the shelves” kinda thing. Everything…and I mean, really…EVERYTHING…is Death. Only thing missing is Evil Chuck himself. The riffs, the leads, the sound, the logo and even the song titles (although a title like “Closed Casket” is a bit too obvious) are as Death as it can be. The finishing touch; it is also been released on cassette besides vinyl. Nice one Relapse! So, simple copy-cats who are trying to earn a buck of Chuck’s Legacy? Fuck those discussions and just enjoy some top notch Old School Death Metal!