Obituary – Cause Of Death – Live Infection 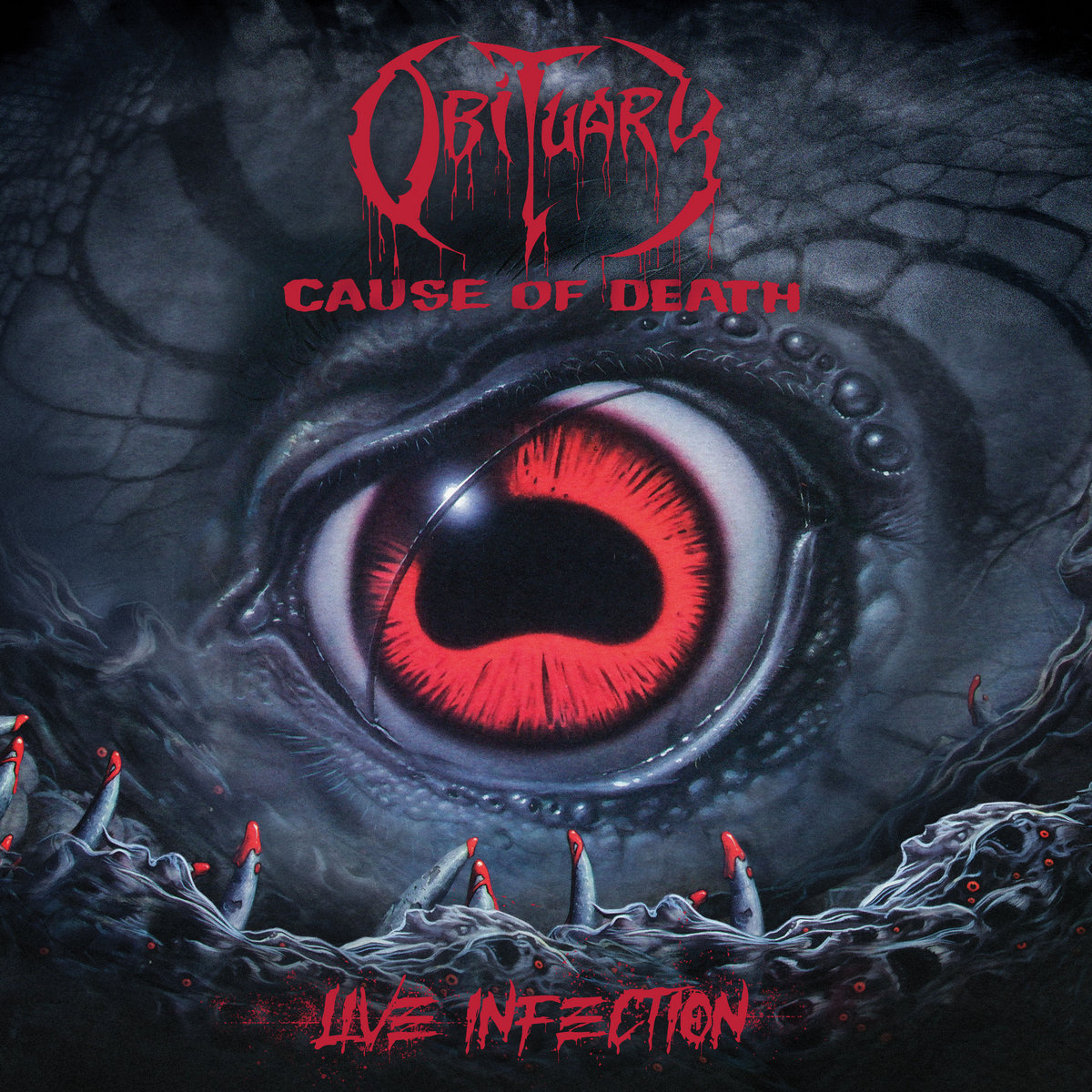 Like the simultaneously released ‘Slowly We Rot – Live & Rotting’ live record, this ‘Cause Of Death – Live Infection’ is also a recorded live stream during the COVID-19 period. And where the other record showed an integral view of the debut album, this one brings you the same for the second Obituary record. Of course, none of it is the same as an actual live show, but that’s basically a non-argument, because that’s true of all live records. And for a band with such a rich history and a well-stocked discography, it’s already remarkable that, with 1998’s ‘Dead’, they had one real live album all this time – not counting the thrown-together ‘One Thousand Ways To Die’ EP.

Because this session is recorded in the Tardy brothers garage, also known as their ‘RedNeck Studios’, this really has a massive sound. It has that slight rawness of a live or rehearsal set, but it definitely benefits from the band knowing their way in their own rehearsal space/studio. And when looking at the set list, that is exactly the same as the original ‘Cause Of Death’-album, released in 1990. This means you get served with some great Obituary classics that hardly ever left their set lists, like ‘Infected’, ‘Chopped In Half’, ‘Dying’ and ‘Turned Inside Out’. But that also means that there are a few tracks that almost never appeared in their live sets, making this is quite a unique experience.

For me personally, it was always a bit of a toss-up when it came down to naming a favourite Obituary album. ‘Slowly We Rot’ has that pure energy and a somewhat youthful catchiness, ‘Cause Of Death’ has some more mature songs and flows a bit better together. The latter is now well heard in this set, recorded exactly thirty years later, with understandably much more playing experience.

After the full ‘Cause Of Death’-set, the band treats us with four bonus tracks. ‘Straight To Hell’ from their latest studio album, the self-titled record from 2017,  ‘By The Light’ from their ’Back From The Dead’-album and from ‘World Complete’ they chose the great opener of ‘I’m In Pain’ and one of my personal favourites ‘Threatening Skies’ – which was always a killer during their live shows.

With a new album on the way, these two live albums are nice sop. Not only are these excellent setlists, but the sound, actually like ‘Dead’, is also excellent, which certainly makes it extra enjoyable and makes the now many low-quality bootlegs somewhat less appealing.