Graveyard – Back to the Mausoleum [EP] 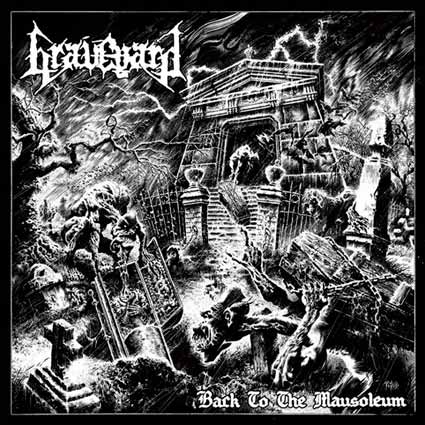 I start with the question: What makes Death Metal “Old School”? Is it the playstyle? Is it the production? or just a special kind of vocals? In my opinion, it is a combination of all these things. The best evidence for my theory is the new EP “Back to the Mausoleum” of Graveyard from Spain. At first the raw sound and the mid-tempo playstyle reminds me of old Entombed and the melodic riffs are tight and always on point. The vocals are demonic deep and catches you while the clear background vocals let you feel a painfully slow death. Metaphorically speaking of course…And although they have some Swedish influences, they also create a doomy touch that make this work something of their own as they made it sound independently. The production is clear but not too clear like the most Nuclear Blast productions for example. So it sounds dirty enough without being inaudible. At the end i can say that “Back to the Mausoleum” is Death Metal how I like it. Straight forward and without any technically exaggeration. Nothing more to say except that every Death Metal fan should listen to this work. (Thorulf)