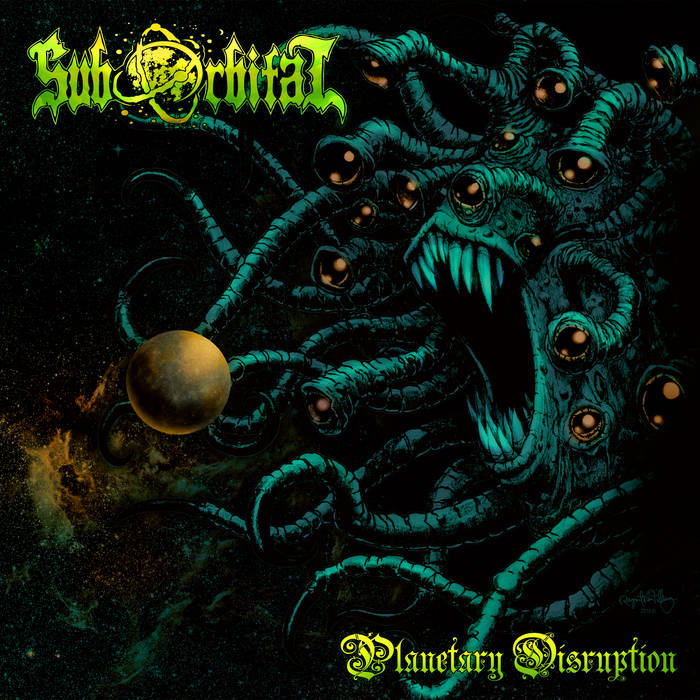 Besides those classic gory and anti-religious themes, there’s more and more bands choosing a different path. Cosmic-themed Death Metal is no longer something that can be considered a novelty. Besides the obvious bands such as Blood Incantation, that added a spacey sort of ambience to their brand of Death Metal, in the recent past I have been listening to a number of bands that also seems to have discovered the cosmic and astral world.

Some of those bands were really worth checking out, like the Blood Harvest Records recording artist Universally Estranged or Body Asphyxiation Science, whose demos are really promising. Other were less interesting or were not quite able to pull off their musical goals. The best example of that latter category is Blood Incantation, which is easily one of the most overhyped bands in the genre. But, another such band is SubOrbital from Germany, who recently released their debut album, ‘Planetary Disruption’, through War Anthem Records.

Regardless of personal tastes and preferences, these bands are basically pushing the Nocturnus, Cynic and ‘Spheres’-era Pestilence-style to new territories. Judging from the technicality of the music, there is no question that the musicians know their craft (some of them are also active in Night In Gales), but it doesn’t quite mold into great songs. The fast and choppy riffs lack a meaty sort of depth, the technical twists in the music do lack the fierceness and sharpness of much of the band’s peers and basically the same can be said about the drums. And the rather bland sort of production, which doesn’t highlight anything in particular, doesn’t make things better either. While this might sound as if the album is a failure from start to finish, that certainly is not the case. It just unfolds like an average sort of Technical Death Metal album, despite all the interesting ideas and the undeniable craftsmanship of this foursome.