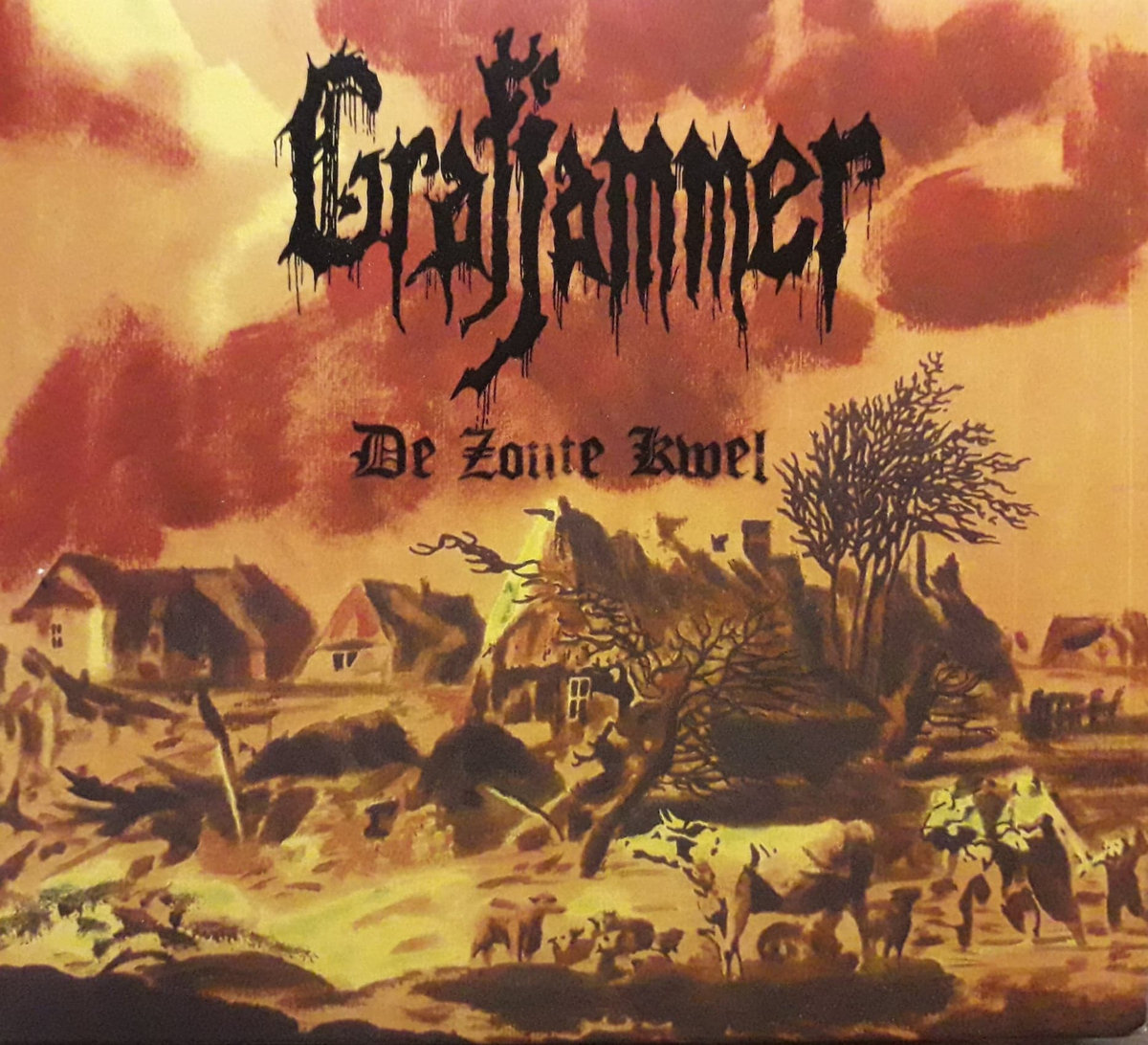 Sometimes things get lost. But some things that are too old and too cold should not be forgotten… no, I’m not talking about the one ring. I’m talking about the latest Grafjammer record, ‘De Zoute Kwel’. Released in 2020 already, its pending review was left rotting on VM’s digital shelves for far too long. No longer.

Grafjammer can be considered as some of the flagbearers of the Utrecht, The Netherlands, Black Metal scene, and are known for their intense live gigs. Whenever Grafjammer plays you know there’s going to be a necroparty. The band has always drawn heavy inspiration from Norwegian Black Metal bands like Darkthrone and Carpathian Forest, and that hasn’t changed. On ‘De Zoute Kwel’ Grafjammer’s hit machine rages on and you know you will get short, sharp, rocking Black Metal tracks. Another trademark is singer Jorre’s eloquent Dutch Black Metal poetry dealing with topics of local lore, all brought in his so recognizable vocal style. You would almost forget this is only the band’s third full-length album, you just know what you will get when you buy this record. And that is essentially a compilation of potential future live hits to join the ranks of ‘Zwarte Hond’, ‘Nedernekro’, ‘De Dode Molen van buiten Catharijne’, ‘Op de Botten van Balthasar Gerards’ and ‘Koude Gracht’ (okay, I might be biased on that last one). Songs with great hit potential on ‘De Zoute Kwel’ are the catchy opener ‘Jajempriester’, the moody midpaced ‘Bakboordshand’, ‘Bijbelgordelgesel’ (which features Galgenvot of Wrang on guest vocals) or the fast and furious ‘Maak het Kort’ with a perfectly placed, heartfelt, screw-eloquence godverdomme (the Dutch equivalent of fck).

Ultimately, the perfect setting for Grafjammer is on the stage, where their catchy rocking Black Metal shines in the deepest of black and white. That said, everyone that appreciates the band should get their hands on ‘De Zoute Kwel’, not only because it’s an excellent album, but also to support the band to write even more Nedernekro hits. And the good thing about a late review is that a new Grafjammer record can’t be too far away.