The Black Moriah – Road Agents of the Blast Furnace 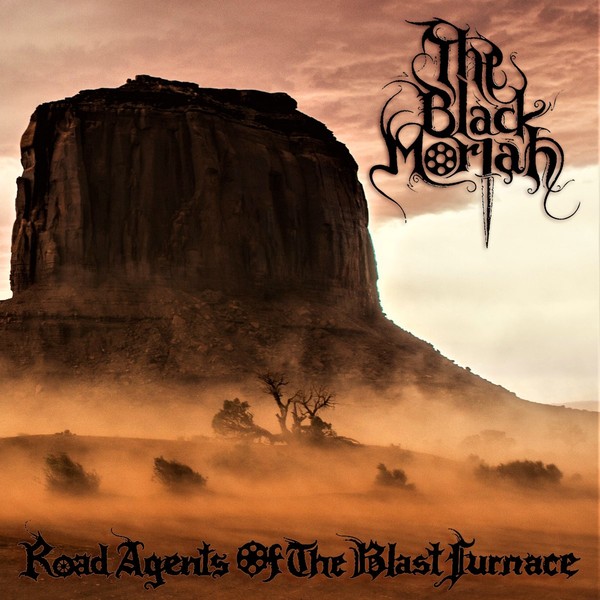 “Road Agents of the Blast Furnace” was released in late March 2019 and I’m kicking myself for not having found this this little gem earlier. This album is one that you will listen to again and again. Wanna know why?? cause that’s exactly what I’ve been doing. The Black Moriah hail from Dallas, Texas and bring an album that’s a full-on astounding mix of Black and Thrash attack right from the get go.

The tempo is frantic and literally charges along with really strong and memorable riffs, screaming and rasping vocals and fearsome drumming with absolute power and momentum for the entire album. Don’t let the country and western singers fool you, this is actually how the west was won. Just listen to “To Hell on a Fast Horse” for proof. This song just rips and you can literally imagine these guys riding into town tearing the saloon apart, shooting the town up and then as quick as they came, disappear into the sunset.

“Death Valley Days” has awesome riffage and also some really prodigious lead breaks. Blast beats drive this track along at a furious velocity and you just can’t help but get your head snapping back and forth along with the unashamedly raising of the horns.  What a classic track !!!!!!!!!

There is no doubting where these guys are from because the beginning of “Palaver” has a rattle snake start, a bugle and gun battle going on behind it. Black and eerie sounding guitar work sits just underneath these sound bites and you may as well be sitting on a hill overlooking the battle that plays out before you.

The blackest track on the album is the cover of Gorgoroth’s “The Devil is Calling” and I reckon they do it really well. The rasping vocals and sludgy guitar work along with the atmospheric drumming really do the track justice. This is the last track on the album and it classically brings an end to our rollicking journey.

This is a real party album and its’ so fun to listen to because its catchy as fuck. I guarantee that your blood will flow at such a rate that you and your posse will go out into the wild and let go of all your inhibitions and good manners and become the cowboy you’ve always wanted to be. One quick tip though, don’t put this on if you want people to leave your party because they won’t be going anywhere for the next 50 odd minutes. (Longstretch)