Nocturnal Breed – We Only Came For the Violence 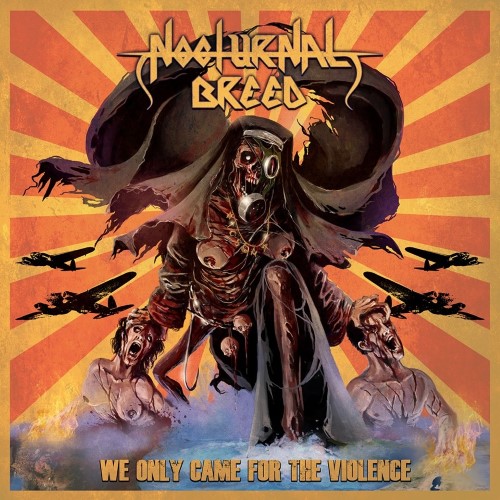 23 years. 23 years of wicked hellbent for leather Black Thrash. You would think that after even a decade a band would get tired, or burned out on creating such… uniquely specific sounding noise.

If you took Judas Priest, old Emperor, then blended in some Discharge and a little Motley Crue…you would end up with something close to Nocturnal Breed. “We Only Came for the Violence” is their sixth full length but sounds like a first outing. I have listened to many of their albums…and yet “We Only Came for the Violence” hits just as hard as “Triumph of the Blasphemer”. So shine up that leather, throw on this album, and go kick some fucking teeth in! (TravisN)