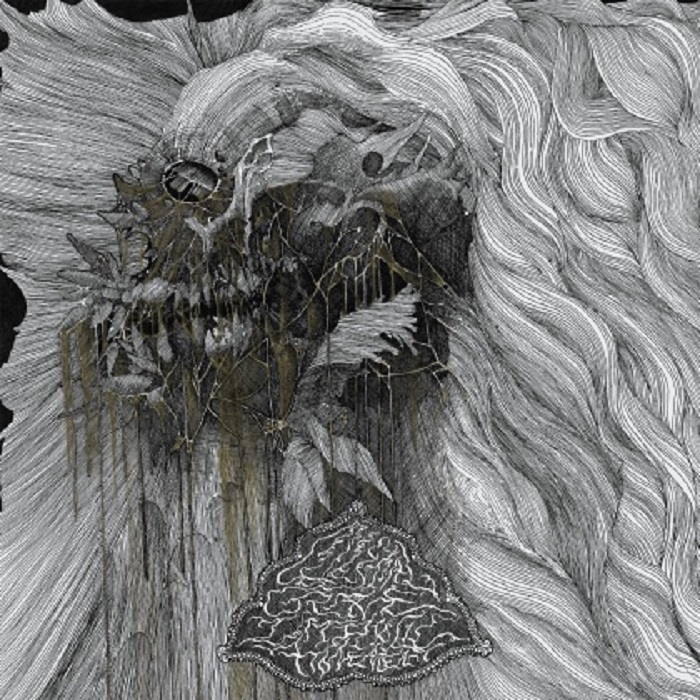 If it were possible for Black Metal to have a jovial nature, I’d say the opening to Celestial Grave’s new album ‘Vitriolic Atonement’ comes close to it. It’s the drumming, it gives the initial phase of ‘Eucharist’ an almost bouncy feel to it. Such jauntiness is of course banished almost instantaneously as ferocious vocal work takes over, along with grim sounding guitar leads and a more serious drumming display. At times though the album, the bands second full length release, can get a little bogged down in technical guitar solos trying to complete for your attention with the bands more usual hard hitting style, such as in ‘Cadaverous Solace’. The end result? A bit of  a racket in all honestly. There is also a slightly manic feel to some of the bands melodies that just doesn’t really connect with me, and this combined with the the vocals, meandering solos and powerful drumming all seemingly performing over each other doesn’t really endear ‘Vitriolic Atonement’ to me, though I suppose the aggressive and rampant nature of the bands sound is in keeping with the albums name.

Elsewhere during the album the band play with far more cohesion though again they do still fail to draw me into what they are creating. I guess for me this is an album that is just a little too generic in places, and then in others too chaotic for my tastes. ‘Vitriolic Atonement’ is far from being a bad album, it just doesn’t speak to me in the way some Black Metal albums do. For other people though, the savage rampaging nature behind a lot of the riffs and guitar melodies, the vocal style which flicks between anguished shouts to raging growls, and in particular the drumming barrage will all be of particular interest. (Luke Hayhurst)